How had TLP fared in general election 2018?
English
English 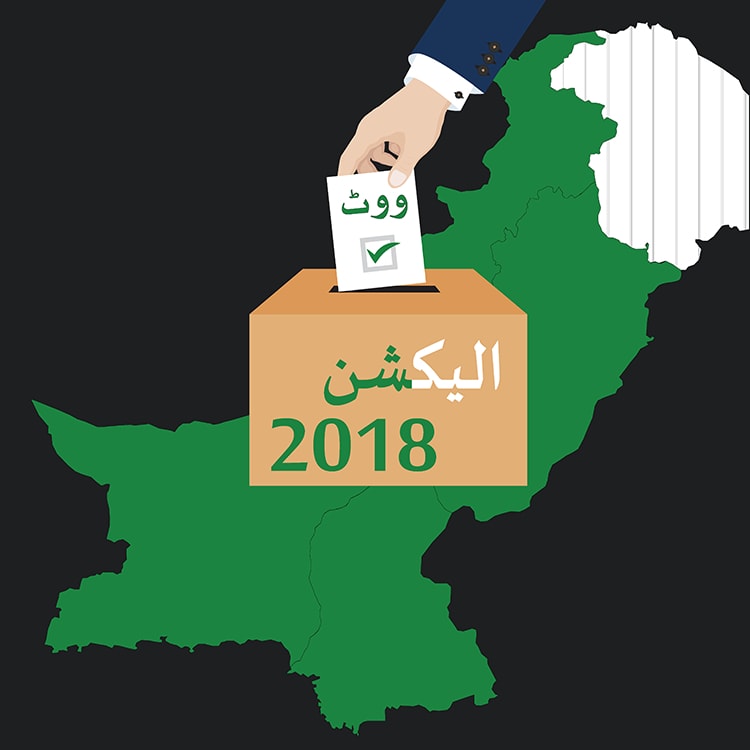 How had TLP fared in general election 2018?

How had TLP fared in general election 2018?

A month before the infamous Faizabad Interchange sit-in, a candidate of Tehreek-e-Labbaik Pakistan (TLP) contested the bye-election in Lahore held to fill the seat vacated after Prime Minister Nawaz Sharif was disqualified by the Supreme Court. TLP man, Akhtar Hussain Rizvi, contested as an independent candidate in the home constituency of the head of the ruling Pakistan Muslim League (Nawaz), and mobilizing voters on the issue of blasphemy polled an impressive 7,130 votes - 5.7 percent of total polled votes. PMLN’s candidate, Kulsoom Nawaz, wife of Nawaz Sharif defeated PTI candidate, Dr Yasmin Rashid with a margin of 14,646 votes.

The October 2017 bye-election provided hints to what lied ahead for the party but remained relatively unnoticed. The real surprise sprang up in the General Elections held in July 2018.

TLP had already demonstrated its street power through two events in recent times that had grabbed national attention and shown the party’s capacity to agitate streets and its willingness to take extreme steps to have its way without caring for consequences.

On March 1, 2016, the party had held a massive funeral of Mumtaz Qadri who was sentenced to death for murdering Governor of Punjab, Salman Taseer whom the TLP had accused of siding with a Christian woman under trial in a case of blasphemy. Qadri’s funeral in Rawalpindi was attended by an estimated 100,000 people.

TLP again hit headlines in November 2017, when it staged a sit-in on the main interchange between Rawalpindi and Islamabad paralyzing the federal capital for 20 days. This time the party was protesting against certain changes in election laws which it construed could create space for inclusions of Ahmedis in electoral process. The sit-in ended only after the change was withdrawn and the minister responsible resigned.

Tehreek-e-Labbaik Pakistan registered itself as a political party with the Election Commission of Pakistan before general elections 2018 and was among dozens of new parties that joined the electoral fray for the first time. TLP fielded 552 candidates on the total 843 national and provincial seats that were up for grab which itself is a feat for a party contesting elections for the first time.

Sindh Assembly. But the electoral performance is more than just the number of seats won. A closer look at the election results reveals the extent of TLP’s appeal in the country and its potential for becoming an important player in Pakistan’s electoral arena.

TLP fielded 171 candidates in 270 of the National Assembly constituencies on which elections were held in July 2018. (Elections on NA 60 Rawalpindi and NA 103 Faisalabad were postponed.) They collectively polled a total of 2,194,978 votes – 12,836 per candidate. Average number of votes polled by winning candidates was 87,362 and the average victory margin stood at 24,002.

TLP votes are 4.1 percent of the total valid votes polled in the elections. This means that the party got every 25th polled vote in the National Assembly elections.

TLP candidates were runner-up on three National Assembly seats (NA 240, 246 and 247; all in Karachi) while they occupied third position in 69 other constituencies; 9 in Karachi, one in Khairpur, 58 across Punjab and one in Haripur, Pakhtunkhwa.

In a proportional representation system which awards contesting parties number of seats proportionate to votes polled by them, TLP would have got 12 National Assembly seats - eight in Punjab, three in Sindh and one in KP. If the same system is applied on results of provincial assemblies, TLP would have got 28 provincial seats - 21 in Punjab, six in Sindh and one in KP.

Punjab turned out to be a stronghold of TLP as four out of every five votes polled by the party came from the province. TLP finished third in elections to Punjab Assembly surpassing Pakistan People’s Party which stood at fourth position.

The party fielded 121 candidates in National Assembly elections held on 139 of the Punjab’s total 141 seats and half of them succeeded in getting to third position.

TLP fielded 262 candidates - nine of them women - on 297 territorial constituencies of the Punjab Assembly. A TLP candidate was runner-up in one constituency, PP-71 Hafizabad-III, 88 of them ranked third and another 82 fourth in these contests.

This is extraordinary performance for a party in its debut general election. For comparison the country’s oldest party, Pakistan People’s Party, contesting its 11 election won on six national seats in Punjab, remained runner-up on another six while its candidates came third in just 27 national constituencies in the province. TLP also beat its rival religious parties in Punjab by a big margin. Muttahida Majlis Amal (MMA), the coalition that has dominated electoral politics of religious parties for last two decades, got a paltry 0.43 million votes in Punjab Assembly elections against TLP’s tally of around 1.9 million.

In Sindh, TLP won two provincial seats but its appeal remained almost exclusively limited to Karachi. TLP contested 19 of 21 national seats of Karachi but fielded only nine candidates on the rest of the 40 national seats of the province. Similarly, in elections to Sindh Assembly, TLP contested 43 of 44 provincial constituencies of Karachi but fielded candidates in only 24 of the 86 constituencies of the rest of the province.

Not surprisingly then, 90.2 percent of its total votes in National Assembly contests of Sindh and 84.5 percent of provincial elections came from Karachi. Beyond Karachi, one TLP candidate was runner up, in PS 76 Sujawal II and two others occupied third position in other districts of Sindh.

TLP also ventured into Khyber Pakhtunkhwa, where it fielded 16 candidates on national and 40 on provincial assembly seats. The party got a little over one percent of the total votes polled in both elections. In National Assembly contests in Pakhtunkhwa, two TLP candidates bagged more than 10,000 votes (both in Peshawar district), while seven other polled more than 5,000 but less than 10,000 votes. Only one of the party’s 40 contestants on provincial seats got more than 5,000 votes.

TLP failed to make any mark in electoral politics of Balochistan. The party fielded its candidates on five of the province’s 16 national and 10 of its 51 provincial seats. Its national seats candidates secured a total of 11,355 while provincial contestants collectively got 10,816. These votes were a miniscule 0.6 percent of the total votes polled in both the elections in Balochistan.

Only the TLP candidate on PB 50 Lasbela II managed to cross 5,000 votes mark, securing third position in the contest. The party candidate in National Assembly constituency that included Lasbela and Gwadar districts, however, failed to reach this mark and stood at the fourth position. Lasbela district shares its eastern boundary with Karachi.

TLP secured more than 10,000 votes on one of three national seats of the federal capital Islamabad to stand at fourth position while it polled a little over 5,000 in another constituency but remained below fourth position on both the seats.

This report was first published by Lok Sujag on 25 Apr 2021, on its old website.