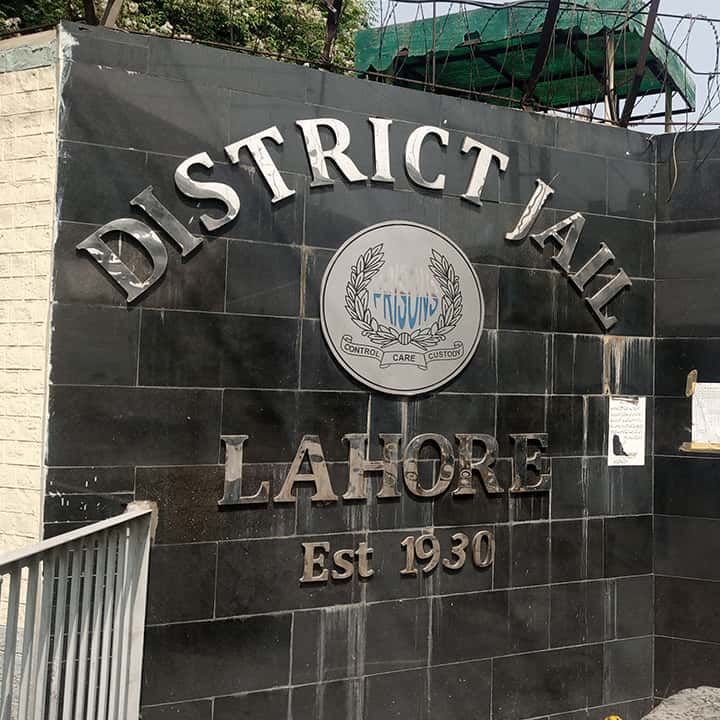 Munir Sajjal was sent to jail three months after his marriage for committing a murder. A resident of Youhanabad, a Christian locality in southern Lahore, he was 18 years old at the time.

After a five-year long trial at a Lahore sessions court, he was sentenced to death as well as 75 years in prison. During his trial, he was kept in Lahore’s Kot Lakhpat Jail.

The Lahore High Court upheld his sentence when he appealed against it. The Supreme Court of Pakistan, on the other hand, not only commuted his death sentence but also reduced his imprisonment from 75 years to 25 years. By the time he was finally released in October 2019, both his parents and two of his brothers had passed away.

Sajjal, however, spent 19 years and six months in prison instead of 25 years because he frequently took advantage of various remissions granted under the prison rules. For example, he donated blood twice; this reduced his sentence by one year.

His imprisonment could have been further reduced if he had received any religious education in prison. But he could not benefit from this remission. He is a Christian and there is no system available for teaching his religion in Punjab’s jails.

"Sometimes a pastor would come to the prison but the prison staff would not give him more than ten minutes to teach me. It was impossible for an illiterate man like me to learn anything in such a short time," he says.

On the contrary, he says, not only are teachers appointed inside prisons to impart religious education to Muslim prisoners but educational certificates are also issued to those prisoners by Taleem-ul-Quran Trust, a government-recognized educational institution, to record the level of their education. If the certificate states that a prisoner has learned to recite the Quran, his sentence is reduced by one year. Similarly, a prisoner who obtains a certificate of having memorised the Quran gets a remission of two years.

Lesson in the inequality

Sohail Masih, a Christian man living in Asif Town opposite Youhanabad, has spent nine years in prison. He was arrested in 2001 while he was taking care of his friend’s father at a Lahore-based hospital, Punjab Institute of Cardiology. After being kept in police custody for a few days, he was transferred to a jail in Sahiwal where he found out that he had been accused of murder.

The prison did not have a church, he says, even though there were dozens of Christian prisoners there. They had no choice but to pray every Sunday by laying mats under a tree, he says.

When he complained to the prison authorities that Christian prisoners did not have access to religious and educational facilities, they did not appoint a pastor for the purpose. Instead, he himself was entrusted with the task of teaching other prisoners. Although he agreed to take up the responsibility, the lack of Christian religious books in the prison still delayed this initiative.

To resolve the problem, Sohail wrote letters to the social and religious leaders of his community and informed them about the lack of religious education facilities in prison. In response, many people sent him religious books and he began teaching his fellow prisoners.

The entire arrangement, though, was only sufficient to provide some basic education to illiterate Christian prisoners, he says. They still could not demand remissions in their sentence as per the law because that requires certificates issued by a government-recognized educational institution. These certificates state the level of education a prisoner has acquired. While there are institutions for issuing such certificates to Muslim prisoners, the Punjab government has not yet given this authority to any Christian educational institution, says Sohail.

He is now affiliated with the Justice Project Pakistan, a non-governmental organisation that works for the welfare of prisoners awaiting execution. He, though, wants to establish a cohesive system of religious education in prisons for non-Muslim prisoners to help them take advantage of the remission rules.

Kashif Masih, a member of Lahore's Christian community, filed a writ petition at the Lahore High Court on March 7th, 2022. In it, he asked the court to direct the Punjab government to provide religious education to non-Muslim prisoners in the province's jails. Due to the absence of this education, he said, non-Muslim prisoners are being discriminated against in remissions. This, according to him, is a violation of the Constitution of Pakistan which guarantees equal fundamental rights for all citizens.

Kashif also informed the court that not a single non-Muslim prisoner has received remission for having studied scriptures.

Mirza Shahid Saleem Baig, inspector general of prisons in Punjab, confirms this. “Giving them remission is not possible because no curriculum is available for religious education of non-Muslim prisoners,” he says.

But the issue will be resolved soon, he vows, because he has “worked with the representatives of religious minorities in Punjab in January 2022 to develop a curriculum” that will allow non-Muslim prisoners to receive religious education and get remissions. He says he has been assisted in this task by Kalyan Singh, a teacher from the Sikh community, Ashok Kumar, a member of the Hindu community, and Peter Jacob, a researcher belonging to the Christian community who is also a human rights activist.

Jacob confirms that the curriculum is ready but, he says, the provincial government has not yet approved its implementation. The bureaucracy has become an obstacle in the way of this approval, he says. “It is not willing to reduce the sentence of non-Muslim prisoners beyond six months after they have received religious education.” Even though Muslim prisoners who learn the Quran get their sentence reduced by at least one year. "This discriminatory treatment is a violation of the fundamental rights enshrined in the constitution," he complains.

He, therefore, demands that the curriculum for non-Muslim prisoners be approved as soon as possible. The government should also ensure that they do not suffer any kind of religious discrimination in the remission of sentences, he says.