Court ruling against military's illegal constructions: will they be implemented?
English
English 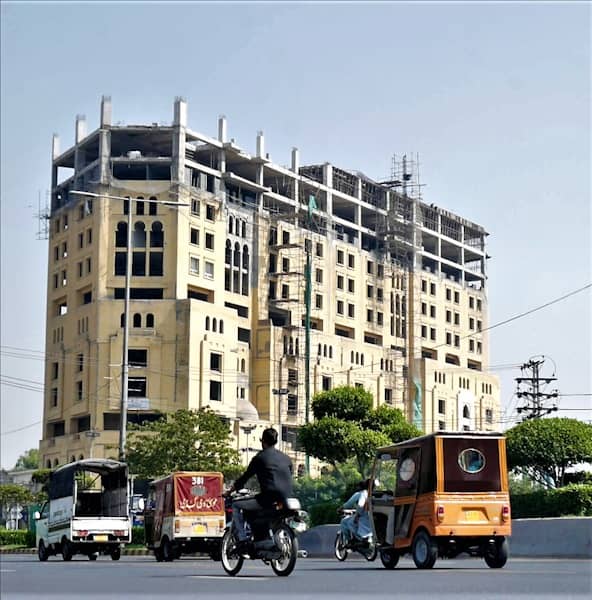 Court ruling against military's illegal constructions: will they be implemented?

Court ruling against military's illegal constructions: will they be implemented?

The Islamabad High Court ordered the demolition of four structures built by the armed forces in Islamabad on various days of the last month. These include Navy Sailing Club built on the bank of Rawal Lake, Pakistan Navy’s farmhouses near Simly Dam, a navy operated golf course and Monal Restaurant rented out by the army.

The petition against the sailing club was filed by a citizen, Zeenat Saleem, who had pointed out that it was built on the landmarked as the part of a national park on which all kinds of construction had been banned by the Supreme Court of Pakistan. She had also highlighted the water pollution caused by the club which, in turn, was spoiling the quality of drinking water being supplied to Rawalpindi city.

Saleem had filed another petition against the naval farmhouses as well, alleging that these were also illegal. She had contended that these, too, were built on the land reserved for a national park. Additionally, Capital Development Authority (CDA), the supervisory body for all construction and development work in Islamabad, had not approved their construction.

After hearing the petitions for months, Islamabad High Court ruled on January 7th, 2022 that the Navy Sailing Club should be demolished in three weeks and the farmhouses should be seized by CDA. Four days later, on January 11th, the court issued a ruling on a separate petition filed against Margalla Greens Golf Club, a golf course built and run by the navy and located in the Margalla Hills National Park. The court ordered its demolition within four weeks.

On the same day, it also declared the ownership of the Military Directorate over 8000 acres of land in Margalla Hills National Park as illegal and ordered to take down all the structures built on it. The most notable of these structures is Monal Restaurant which is rented out by the military to a private company. The court ordered its closure and told the military to deposit the revenue earned from it in the national exchequer. 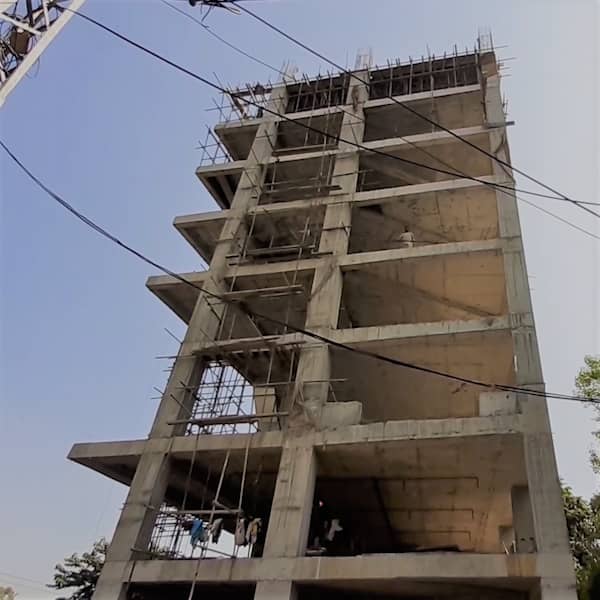 Three weeks after the ruling, however, neither the Navy Sailing Club nor the Margalla Greens Golf Club have been demolished. Similarly, CDA has not been able to seize the navy’s farmhouses so far. The navy, instead, has filed two separate intra-court appeals against the rulings, seeking their revocation. In these appeals, it has stated that the petition on which the court delivered its verdict on January 7th was not even admissible while its viewpoint was not heard before the verdict was issued on the other petition.

Islamabad High Court has not accepted the two appeals on technical grounds though it has informed the navy that it can refile them through the Ministry of Defense.

Similarly, the company that runs Monal Restaurant has filed an intra-court appeal against the decision for its closure. After hearing this appeal, the court has reserved its verdict on whether it is admissible or not.

Human rights and environmental activists fear that these decisions by the Islamabad High Court will be lost in the course of appeals and, thus, will never be implemented. They point to several previous rulings by higher courts against illegal constructions and encroachments by the security agencies which have been rarely, if ever, implemented.

A prime example of this phenomenon is the construction of a shopping mall by the air force on Shahra-e-Faisal in Karachi’s Faisal Cantonment area. Although the Supreme Court declared in November 2021 that any commercial activity on the cantonment land is illegal and ordered its demolition, it is, still in place. The only development is the change in its name from Falcon Mall to Air War College Institute.

Another example is the Nueplex Cinema on Rashid Minhas Road in Karachi. The court ordered it to be demolished in 2019 but it is still there.

Likewise, a recent order issued in 2021 to demolish many structures – including marriage halls and other commercial buildings – built by the military on the land allocated for defense purposes in various areas of Karachi such as Dalmia, Askari 4, DHA Phase 7 and Phase 8 have not been complied with.

Chief Justice of Pakistan, Justice Gulzar Ahmed, also ordered the demolition of commercial structures on the land of Central Ordnance Depot in Karachi last year but these, too, have not been taken down. A few weeks after that order, the Supreme Court told the military authorities to hand over Askari Park to the Karachi Metropolitan Corporation and demolish 38 illegally constructed shops and wedding halls in it. These buildings, too, have not been razed so far. 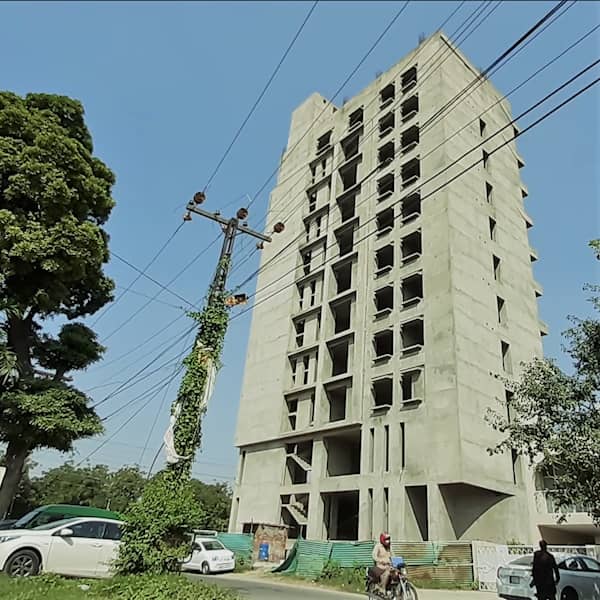 Similarly, the court had ordered the navy to push back the boundary wall of its headquarters in Islamabad from the land falling in Margalla Hills National Park and told the air force to demolish the illegal constructions by it in the same park. No action, however, has been taken in accordance with this order.

Arif Hassan, a Karachi-based expert on urban planning, says the commercial use of the land given to the armed forces for defense purposes is not new even though such use has always been illegal. “The courts, however, are cautious in ruling against it,” he says. Many a time court decisions against such use are reversed and it is eventually declared legal, he adds.

But he admits that this concession is not limited to the military alone but is extended to “ever powerful institution and class.” Several buildings owned by the Sindh government in Karachi are also illegal and have not been demolished either, he points out. The Supreme Court’s own registry in Karachi, he says, is “built on a drain but no one talks about demolishing it”.

Based on these judicial and administrative precedents, Hassan concludes that actions against illegal construction “only affect the homes of the poor while the ruling class always gets away with its wrongdoings”.

The implementation of various decisions of the superior judiciary in the last two years validates his contentions. Karachi’s multi-storey residential building Nasla Tower, houses and buildings on the land reserved for Circular Railway, settlements on Gujjar and Gizri drains and shops in Empress Market in Karachi, and the houses and shops built along the Expressway, Gulshan Market and in Sector G9-2 in Islamabad have been demolished without much ado. The reason for their demolition, according to Hassan, is that “the people who live and work in these areas generally belong to the lower, destitute classes.” 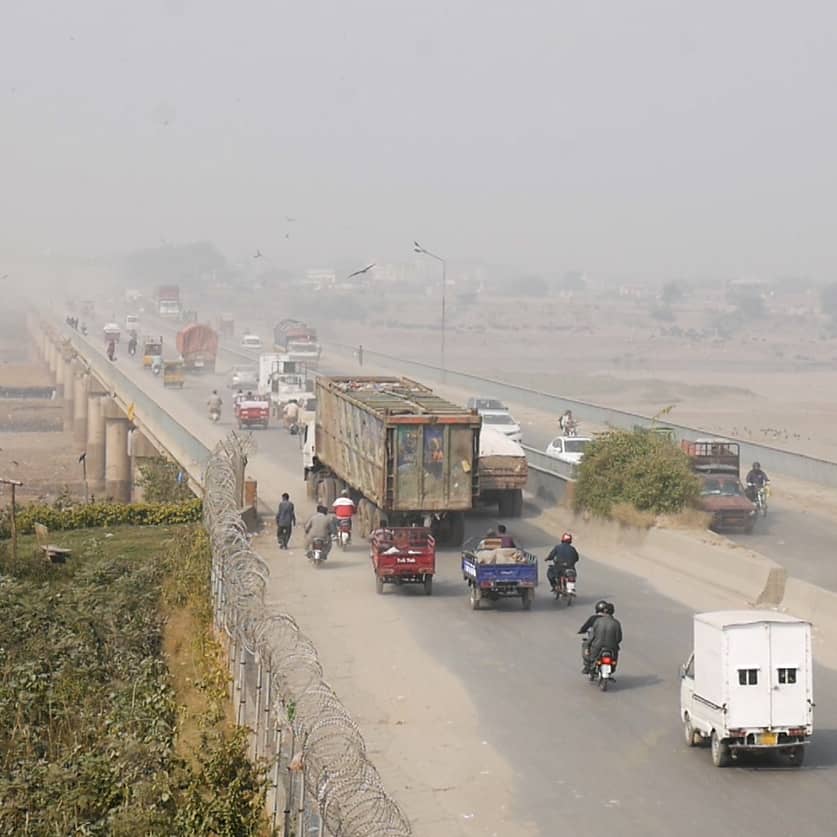 Umair Javed, a teacher of political science and sociology at the Lahore University of Management Sciences (LUMS), also believes that the difference in action against various illegal structures reflects the difference between the powerful and the powerless. Imran Khan’s house in Bani Gala area of Islamabad, a multi-storey residential building on Islamabad’s Constitution Avenue, known as Hyatt Tower, and Bahria Town spread over thousands of acres in northwest of Karachi – all these projects, he says, were declared illegal initially but their owners were then given the right to legalize them by paying fine.

“In all these cases, the courts initially reprimanded the individuals and institutions responsible for illegal construction but later either accepted the rationale offered in their support or allowed them to be legalized on easy terms,” he says.

He also says the security agencies and other government departments have the legal, political and financial resources needed to defend their illegal constructions but “such resources are not available to the common man.” That is why, he says, “illegal settlements on Gujjar Nala have been demolished but the air force shopping mall remains untouched.”