The construction of a barbed wire fence around Gwadar by the government: 'The locals will never accept it'
English
English 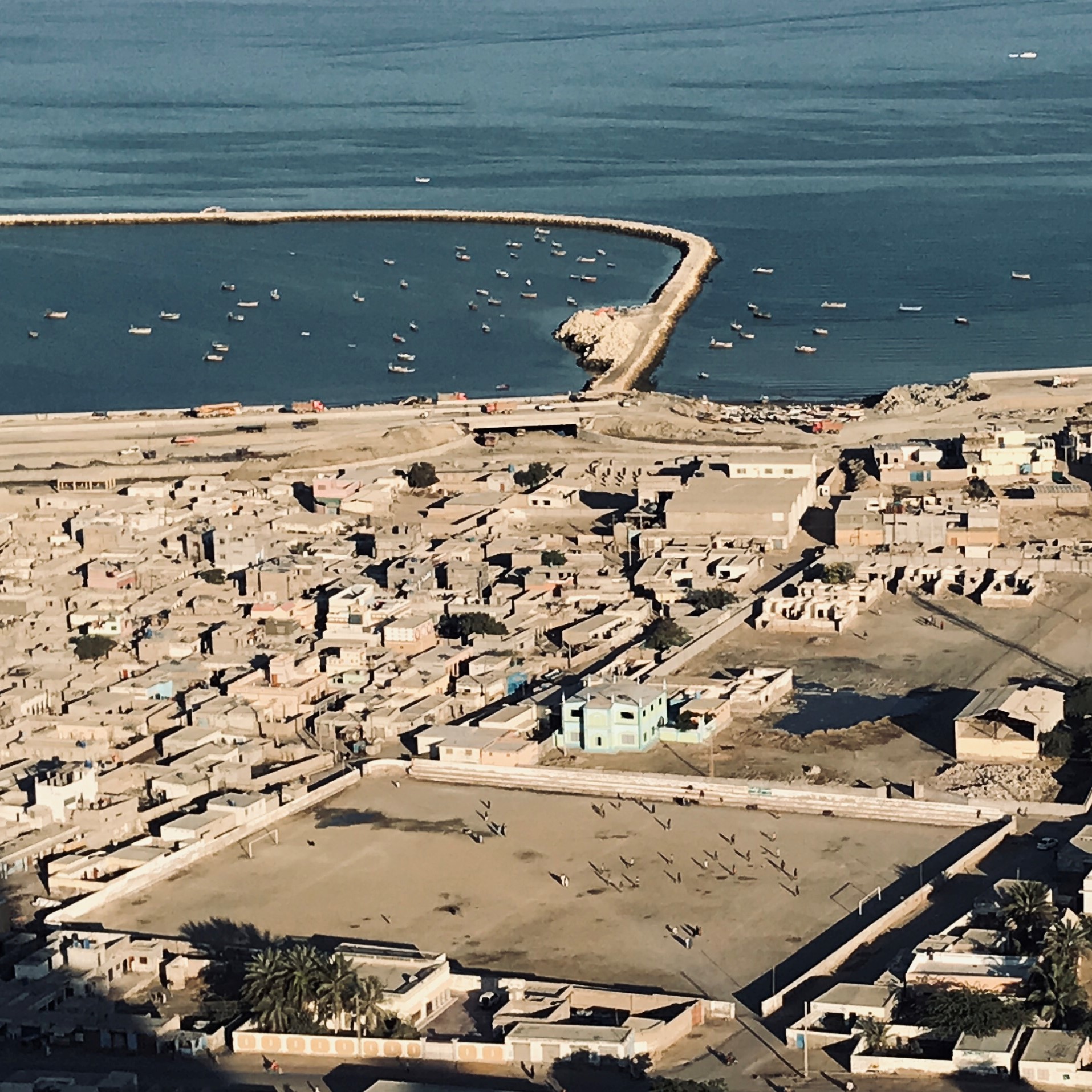 Balochistan home minister Zia Langove Tuesday announced that the construction of a fence in Gwadar has been halted on the orders of Balochistan Chief Minister Jam Kamal. The minister said the construction will resume after the residents of Gwadar have given their consent to it. He was speaking to local delegations that he met in Gwadar as part a ministerial delegation that arrived in the city from Quetta to hear public grievances about the fence.

The fence, made of iron rods and barbed wire, has been under construction for several weeks but it got media attention only when Balochistan National Party (Mengal), National Party, Pakistan Peoples Party, Pakistan Muslim League (Nawaz) and Jamiat Ulama-e-Islam (Fazal) started to conduct public gatherings at tehsil level to oppose it.

On Sunday, December 27, 2020, local representatives of these parties gathered in Gwadar and strongly opposed the construction of the fence which they called as an attempt to grab the local land. They, however said, ‘’the local population will never accept it’’.

These parties worked hard to ensure the presence of local citizens in the gathering in a large number. They distributed pamphlets in the city and made announcements on loudspeakers about it but still could not attract a sizeable crowd.

These political parties believe that the fence could cut Gwadar city off from other areas of the district. In its presence, local people will be left to use only specific entrance and exit routes which could be closed any time, they said and declared it ‘’against the constitutional right of free movements of Gwadar’s residents’’.

Gwadar’s geography is one of the main reasons behind these apprehensions.

Gwadar city is situated on a peninsula surrounded by sea water on its eastern, western and southern sides. The controversial fence starts from the eastern part of the city at Koh-e-Mehdi near Makran Coastal Highway and ends at Pishukan check post in the west at the junction of Gwadar Marine Drive and the road that leads to Pishukan, a fishing town in the southwest.

After its completion, only two passages will be left to enter the city: Makran Coastal Highway which links to Karachi as well as to Quetta and Turbat and a road that goes to Jiwani near Iranian border through Pishukhan.

Majority of the people living in Gwadar have similar fears. Many of them say that, they had a premonition since long that such a fence might be built sooner or later. Now they apprehend that the local population could be expelled from the city after its completion.

The deputy commissioner of Gwadar, Major (R) Kabir Zarkoon however said in a recent public meeting that it is a misunderstanding that the fence will cut off the city from its surrounding areas. He said at a recent public gathering: ‘’The fence is being built only at open space due to security reasons and it is not meant to cordoned off Gwadar’’.

Kehda Babar Baloch, a member of the Senate belonging to the province’s ruling Balochistan Awami Party, also supports the building of the fence. He says it is necessary to protect the city.

Naveed Kalmati, the president of Gwadar Chamber of Commerce and a former provincial minister in the last caretaker government, also support it. According to him, the security is a major concern for those who want to invest in Gwadar and the fence will help the government address their worries.

This plan, that plan

Kabir Zarkoon also said at the gathering that the fence is a part of Gwadar’s master plan. The government of Balochistan similarly claims that it is being built under the Gwadar Safe City Project which was approved in 2000s.

Ismail Sabir, the president of Gwadar press club, however, says Gwadar has three master plans but none of them has the approval from the local political leadership and local elected representatives.

He also mentions Babu Gulab who was the head of the district government in Gwadar from 2003 to 2008. ‘’Babu Gulab went to Chine twice to sign different agreements. I asked him many times about the important points of those agreements but he never told me anything in detail’’ says Ismail Sabir.

Babu Ghulab is now associated with the ruling Balochistan Awami Party, but during the 2000s, he was a member of the National Party which was also a part of the ruling collation in Balochistan between 2013 and 2018. Faiz Nagori, the district president of this party, says that even if the construction of a security fence was included in the Safe City Project signed in China, Babu Ghulab never mentioned it to his party.

Kehda Ali, the district president of Balochistan National Party (Mengal), blames the current provincial government for the construction of the fence and says: ‘’this government is handing over Gwadar to federal government while keeping the local population and political representatives in dark. It is a conspiracy being hatched to split Gwadar from Balochistan’’.

This report was first published by Lok Sujag on 1 January 2021, on its old website.