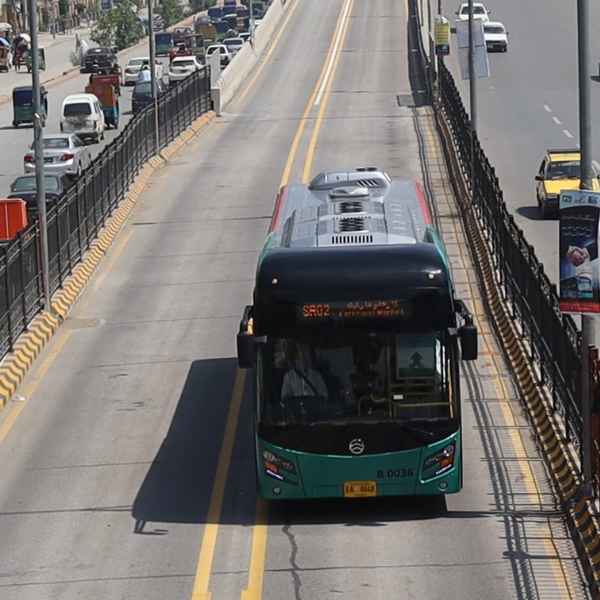 A special report by the Federal Investigation Agency (FIA) has revealed that fake bank guarantees were submitted by the contractor of the publically-financed Bus Rapid Transit project in Peshawar. Relevant government authorities, however, have taken no action against the contractor despite being aware of the fake guarantees.

The report, prepared on the orders of the Peshawar High Court, shows that the Peshawar Development Authority (PDA), a Khyber Pakhtunkhwa government department, gave a contract on October 6th 2017 to a Pakistani company, Maqbool CALSONS JV Private Limited and its three Chinese partners –Sichuan Province Geological Engineering Complex (SGEC), China Railway 21st Bureau Group (CR21G) and ANHUI Construction Engineering Group – to build a 27-kilometer long road and several bus stations for BRT. Soon after the contract was awarded, the contractor was told to submit financial guarantees within 28 days. It would lose those guarantees if it did not do its job well.

In compliance with this government order, Maqbool CALSONS JV Private Limited initially provided guarantees from three Pakistani financial institutions, JS Bank, Habib Metropolitan Bank and Bank Al-Falah. On November 27th, 2017, however, it withdrew the guarantees through a letter written to Israrul Haq, then director general of PDA. It, instead, furnished new guarantees, worth 3.5 billion rupees, by the Bank of West Indies through its purported Pakistani associate, Trust Investment Bank Limited.

The FIA report alleges that PDA accepted the new guarantees despite the fact that the new guarantors did not meet the government requirements listed under clause 4.2 of the contract. This clause makes it clear that the guarantees can only be provided by either well-reputed Pakistani banks or renowned foreign financial institutions which have associates in Pakistan so as to ensure that the guarantees could be encashed through them in case the contract was violated.

The report, on the other hand, reveals that the Bank of West Indies is neither a known foreign bank nor its alleged Pakistani representative, Trust Investment Bank, has permission from the State Bank of Pakistan to act as a financial institution. It is, in fact, registered with the Securities and Exchange Commission of Pakistan (SECP) only as a private company.

On November 1st, 2019, then PDA director general Muhammad Ozair, wrote a letter to the contractor in which he expressed his serious concern over the guarantees. He stated that the "Bank of West Indies is a limited company established in August 2016 in the African country of Gambia where local law does not permit it to function as a bank". He also said the total value of the assets owned by the Bank of West Indies was 177,000 euros on December 31st, 2017 which does not account for even one per cent of the total value of the guarantees provided by it.

The FIA report also shows that PDA wrote a letter on January 23rd, 2020 to the chief executive officer of Trust Investment Bank to verify the guarantees. Its corporate affairs manager Amir Aziz is reported to have responded to the letter by stating that his company had neither given any such guarantees nor did the correspondence between the Bank of West Indies and PDA included any document signed by its representatives. He also claimed that "no such correspondence is found even in our records".

Former PDA chief Israrul Haq dismisses all these allegations and says the changes in the guarantees "did not make any difference" to the execution of the project. "Our main goal was to make the contractor do quality work and we were able to achieve that goal," he says.

Waqar Ahmad Seth, then chief justice of Peshawar High Court, ordered FIA’s Peshawar office in November 2019 to investigate the allegation of mismanagement and irregularities in BRT. He sought a detailed report on the project from FIA within one and a half month. To comply with his order, a five-member team was formed which was headed by an assistant director of FIA's anti-corruption circle. Its report was submitted to the Peshawar High Court on January 31st, 2020. 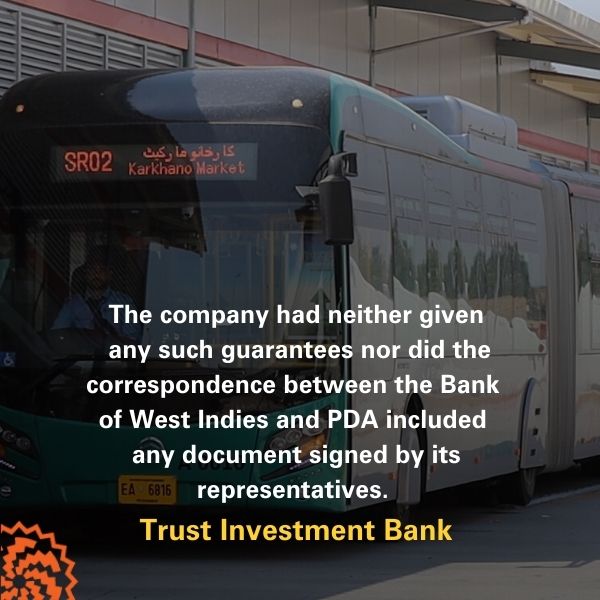 But Khyber Pakhtunkhwa government challenged the Peshawar High Court proceedings at the Supreme Court in February 2020. The apex court subsequently issued an injunction which immediately stopped the case from moving any further. More than two years later, the FIA report has neither been discussed in any court nor has anyone been investigated on its basis.

Besides raising many other questions, the report alleges that the employees of the Chinese companies that had won the contract were never seen at any of the construction sites. This was revealed to the FIA by a company assigned to monitor the project and formed as a joint venture between MM Pakistan Pvt Ltd (an engineering firm based in Lahore) and Matt McDonald (a British company).

Teague Macreen, an engineer working with the monitoring company told FIA: “I had brought it into the notice of the Pakistani contractor Maqbool CALSONS to ensure the presence and involvement of the Chinese leading firms but they failed to do so”. 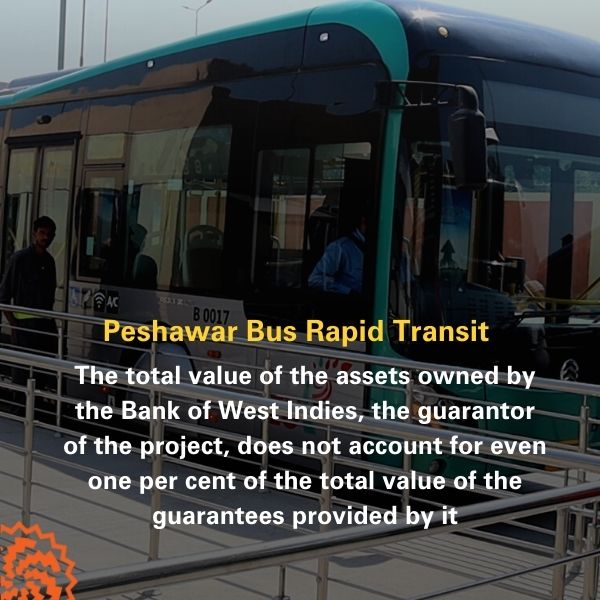 The Asian Development Bank also wrote to the Chinese embassy in Islamabad around the same time that the Chinese companies should fulfil their commitments and ensure the presence of their experienced employees during the construction of BRT. Macreen claims that the Chinese embassy later called the directors of these Chinese companies to a meeting and made clear to them that the work being done on the project was not up to the international standards so they needed to improve its quality by sending the Chinese engineers to the construction sites at the earliest.

Some Chinese engineers were sent to the sites two months later but the BRT’s construction had been completed by then.

The FIA report also alleges that BRT’s estimated expenditure had been increased by 35 per cent even before the work on it started. The government’s rules and regulations, on the contrary, allow the expenditure to increase by only 15 per cent, the report points out. Israrul Haq, however, says such increases in estimated expenses of government projects are "not uncommon". Referring to a government hydropower project constructed at the confluence of Neelam and Jhelum rivers, he says its cost was "changed 20 times".

Citing a BRT audit report, FIA also states that 17 million rupees were paid to the provincial additional chief secretary, secretary local government, secretary transport and commissioner Peshawar out of the project’s budget for no apparent reason. When these miscellaneous payments were pointed out during the audit, commissioner Peshawar returned 3.6 million rupees but, according to the investigation report, the rest of the officers have not yet returned the money they had received.

FIA identified several other irregularities in the project as well. One of them is the fact that the Asian Development Bank had warned PDA through a fax on September 22nd, 2017 that no single contractor should be awarded more than one part of the project. PDA, however, ignored this warning and contracted all its six parts to the same contractor.