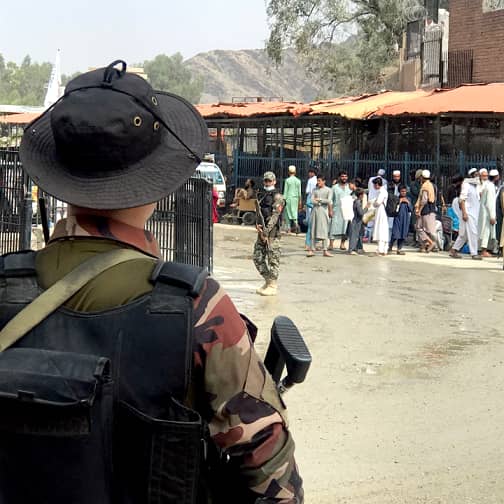 The situation was far from normal on August 27th, 2021 near Pak-Afghan border crossing at Torkham in north-western Khyber Pakhtunkhwa province. About 50 metres north of the crossing, a group of around 40 Afghans was making desperate efforts to enter Pakistan by crossing a barbed wire fence protecting the border.

They repeatedly came close to the fence to cut it and force their way into Pakistan but, each time, Pakistani security personnel deputed on this side of the border repulsed them by firing in the air. By the afternoon, Pakistani authorities, however, were convinced that they could not restrain them from crossing the border with aerial firing alone.

Consequently, the border guards fired straight at the Afghans trying to cross the border. This firing, according to Pakistani officials who do not want to be identified by name, left three Afghan citizens dead. An Afghan news agency, Pajhwok Afghan News, on the other hand, puts their death toll at six. 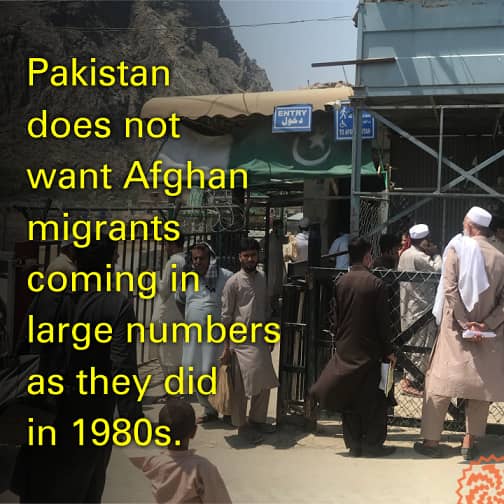 Those Afghans were trying to enter Pakistan through the fence because they did not have the documents required to cross the border legally. Pakistani authorities, on the other hand, were pushing them back apparently to avert the recurrence of what happened in the 1980s when, in the backdrop of Soviet invasion of Afghanistan, millions of Afghans migrated to Pakistan.

With that migration in mind, Pakistan has severely restricted even the legal movement of people coming into Pakistan from Afghanistan through Torkham border. To implement these restrictions, Pakistani government has formed a set of rules which stipulate that Pakistanis stranded in Afghanistan can return home without any hindrance provided they have a Pakistani passport; Afghan citizens with diplomatic passports can also come to Pakistan but, other than them, only those Afghans can cross to this side of the border for whom Pakistan’s Foreign Office or Interior Ministry has issued special instructions to the border guards that they be let in; ordinary Afghans are not allowed to get into Pakistan through Torkham even if they have a valid Pakistani visa.

Border officials say these rules have been formed to keep the entry of Afghans into Pakistan at the minimum. Consequently, the daily inflow of Afghans to Pakistan via Torkham border crossing has decreased to 300 people. About 1,500 people, both Pakistanis and Afghans, meanwhile cross into Afghanistan from Pakistan every day through the same route.

These restrictions, however, have left ordinary Afghans with no other option but to cross into Pakistan illegally.

Abdul Lateef Afridi, a human rights activist from Khyber tribal district and the president of the Supreme Court Bar Association, sees this situation as a gross human rights violation. “It is very unfortunate that influential Afghans can easily make it to Pakistan by air but ordinary people crossing the border on foot are being barred from entering Pakistan [even when they have valid travel documents],” he says. 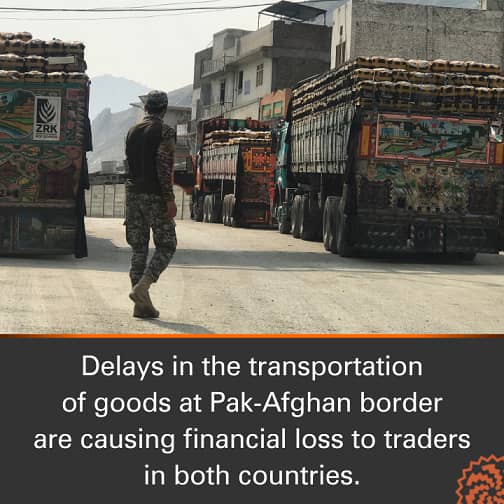 The collapse of Ashraf Ghani’s government in Kabul, he says, and the subsequent takeover by Afghan Taliban on August 15th, 2021 has “endangered the existence of all those Afghans who have a different ideological point of view than that of Taliban.” He fears that restricting such people from entering Pakistan may put their lives at a permanent risk.

Haji Kamil belongs to Shinwari tribe which has a sizeable presence on both sides of the Pak-Afghan border. A resident of Landi Kotal border town near Torkham, he has been importing tomatoes from Afghanistan for the last 23 years. He, then, sells his imported tomatoes in Peshawar.

On a hot and suffocating afternoon of August 24th, 2021, he is sitting in the one-room air-conditioned office of Khyber Chamber of Commerce and Industry in Torkham. The moderate room temperature, however, is failing to cool down his temper.

“My 20 truckloads of tomatoes have been awaiting a go-ahead to cross over into this side of the border since August 22nd, 2021,” he says angrily. This consignment of nearly 660 tons of tomatoes, he fears, will rot if the border restrictions continue for another couple of days.

He also complains about contradictory statements being issues by Pakistani and Afghan officials regarding these restrictions.

Afghan Taliban, according to him, blame Pakistan for not letting the trucks in. “[Taliban say] we have no objection to their entry into Pakistan. They say it is Pakistani authorities that are not allowing these to enter their territory,” he says.

On the contrary, he says, Pakistani officials claim that they have not imposed any restrictions on the import of commercial goods from Afghanistan.

An Afghan driver, Hasti Gul, seconds the Pakistani version. He says a large number of trucks are waiting near Torkham to enter Pakistan but Taliban are not allowing them to cross the border.

Gul, who has been transporting goods from Karachi to Afghanistan since 1998, says this time round his waiting time in Jalalabad before he could enter Pakistan stretched to as many as 22 days.

Ziaul Haq Sarhadi, former senior vice president of the Pak-Afghan Joint Chamber of Commerce and Industry, says this slow pace of goods transportation is, in fact, due to the uncertain situation in Afghanistan. During Ashraf Ghani’s rule, he says, 300 to 400 trucks with commercial goods used to go to Afghanistan from Pakistan on a daily basis – and 200 to 250 of them used to come to Pakistan from the other side each day.

But, according to him, this bilateral trade has remarkably shrunk now because “traders on both sides are reluctant to trade with each other due to political and economic uncertainty in Afghanistan”. 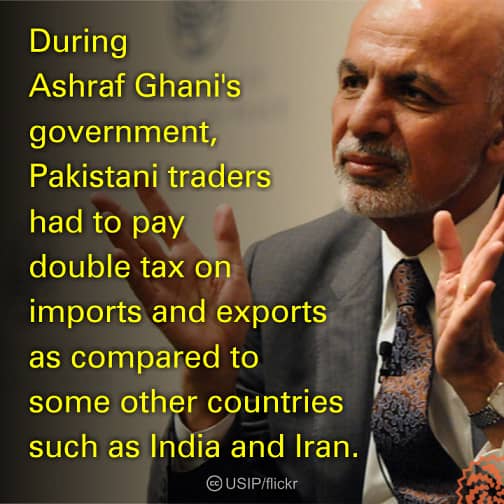 Pakistani traders in Torkham and Peshawar, though, are hopeful that the present stalemate would soon come to an end. Pak-Afghan trade, they say, will increase in the coming days because they believe that Taliban will cut down customs duties on Pakistani exports.

Sharifuddin, a trader from Landi Kotal, explains this optimism by saying that a lot of additional customs duties were imposed on Pakistani exports during Ashraf Ghani’s rule. “For instance, Pakistani traders had to pay five times as much tax as Indian traders did on the export of the same medicine,” he says.

Hazrat Omar Shinwari, former president of the Khyber Chamber of Commerce and Industry, agrees. Under the ousted government, Afghan officials used to impose at least 15 per cent import duty on Pakistani goods, he says. In comparison, he says, minimum customs duty levied on goods imported from India, Turkey, Iran and China was seven to eight per cent.

This additional customs duty rendered Pakistani goods in Afghanistan more expensive than those of its competitors, he says, and this ultimately had a negative effect on Pak-Afghan trade. With a relatively Pakistan-friendly administration now wielding power in Kabul, he expects that the discrimination against Pakistani exports in Afghanistan will come to an end.

Some signs of this lenient policy are already emerging as several Pakistani traders claim that Taliban have reduced taxes on Pakistani goods. For example, they say, a tax of 450,000 Afghanis (900,000 Pakistani rupees) was imposed on a truckload of juice previously but now that amount has dropped to 90,000 rupees.

Some leaders of local trade associations, though, say the main reason for a decline in taxes is not a change in Afghan import policy. They rather attribute it to the incapability of the newly-deputed Taliban officials to collect taxes.

As a trader in Landi Kotal puts it, instead of following a standard mechanism to levy taxes on imports, Taliban at Torkham border just ask truckers as to what goods are there in their trucks and how much they weigh. Then they impose a nominal tax and let the trucks go, he says.

Omar Shinwari also says something similar. “The import tax in Afghanistan is low these days because the whole system of tax collection on border has become dysfunctional,” he says. “As soon as this system is revived, the taxes will also go up again.”