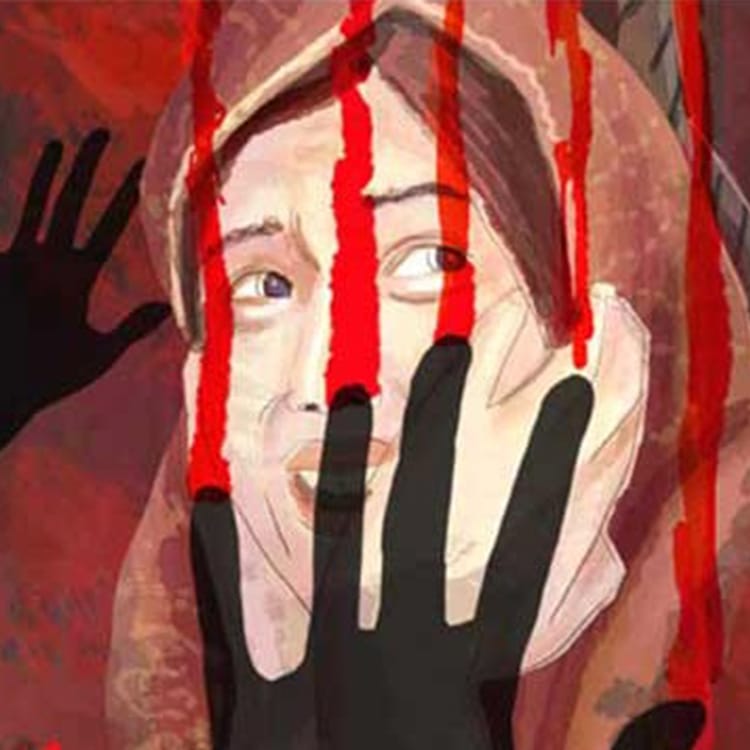 Asif Masih is wandering in the corridors of Faisalabad’s district courts to overcome his anxiety. His swollen eyes suggest that he hasn’t slept for many nights. Hope and fear alternate on his visage as he walks around.

A Christian belonging to Faisalabad, he tells Sujag that he has not seen his 13-year-old daughter Farah Shaheen for the last four months. He alleges that Khizer Hayat, a 45-year-old Muslim man, “has abducted my daughter, converted her to Islam forcibly and married her”.

He claims Farah Shaheen was abducted on 25th June, 2020. A day after her abduction, he contacted a local police station to file a First Information Report (FIR) but he says the police did not listen to him. “I visited the police station many times to get my daughter back but the police would not help me. Instead, they used to abuse me and call me with such insulting names as ‘choohra’ and gutter cleaner,” he says.

Asif Masih then filed a writ petition at a local court for the retrieval of his daughter. It was on this court’s order that the police registered a case against Khizer Hayat on 19th September 2020 and also arrested him. He, however, presented Farah Shaheen before a magistrate to state that she had willingly converted to Islam and married him out her free will.

On November 11, 2020, Afis Masih came to the court of senior civil judge, with the hope to meet his daughter and get her back because a day earlier the judge had ordered the police to recover Farah Shaheen and present her before the court along with her abductor.

In spite of clear orders by the court, however, the police could not recover her so Asif Masih expected the court to issue a new order for her recovery. But, much to his disappointment, the court rejected his petition and told him to contact the lower court where a hearing in the case is already pending.

The abducted girl’s mother is already dead. Her father is a rickshaw driver and is the only bread earner for his six children. He says: “I am disappointed by the court’s decision. I am worried and I don’t know what to tell my other children about their abducted sister.”

Tanveer Akhtar Randhawa is representing Asif Masih as a lawyer. He says “the investigation officer in the case stated in his report that Farah Shaheen was 17 years of age but it was a wrong and unlawful act because, according to the Nadra [National Database and Registration Authority] record, she is 13 years old. So, we requested the honorable court to order her medical examination to clear the doubts about her age.”

The investigation officer in this case, sub-inspector Musadiq Riaz, however, claims he has not received any order from the court to present Farah Shaheen or Khizar Hayat and that he has already submitted all the relevant police record in the court. He also says: “I did not alter her age record. Instead, Farah Shaheen herself told the magistrate that she was 17 and had converted to Islam and married Khizar Hayat willingly.”

Atif Jameel Pagan is a Faisalabad-based lawyer. He is representing Punjab’s ministry of human rights in the case. According to him, the senior civil judge has rejected Asif Mashi’s petition on the basis that his court is not an appropriate forum to determine Farah Shaheen’s age. “The judge stated that it was the responsibility of an area magistrate to conduct her medical test but that it should be done only after the police has presented a completed challan of the case to the magistrate,” he says and fears that this process may take six months or more to complete.

“This is a long period of time in which anything can happen to Farah Shaheen because she will be in Khizar Hayat’s custody all this while,” says Asif Jameel Pagan.

He also says he is consulting her family and a decision will soon be made on whether to challenge the decision of the senior civil judge before a sessions court or at the Lahore High Court.