A living hell : 'We have changed names, faces and dresses yet nothing has changed for us'
English
English 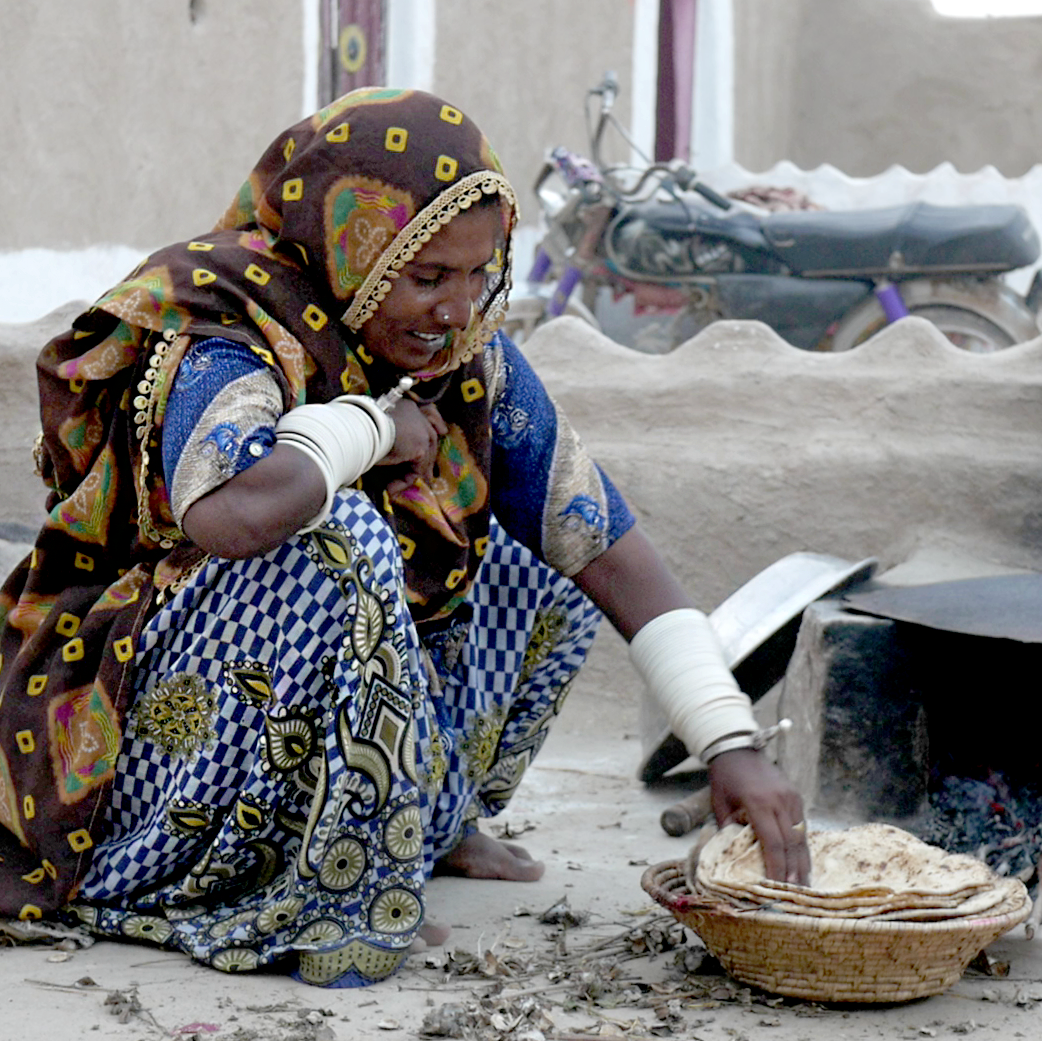 Muhammad Qaiser is pouring a cold beverage from one glass into another in such a way that the two utensils do not touch each other. The glass in which the drink is being poured is to be used by a scheduled caste Hindu.

Qaiser, 17, sells beverages made of almonds and poppy seeds at a stall set up at a place called Adda Plot. It is located near Sheikh Zayed Palace, about 22 kilometers southeast of Punjab’s southern city of Rahim Yar Khan.

On the burning afternoon of April 19th, 2022, his stall is curtained on all sides because of a state law which prohibits the public sale of food items to maintain the sanctity of Islamic fasting month of Ramzan. Gomindnath, 37, who earns his livelihood by transporting passengers on a motorcycle, parks his motorcycle outside the curtained stall and goes inside it. After ordering his beverage, he picks up a dusty glass from underneath a table set aside from the rest and, unlike other customers, stands near a bucket of water. Qaiser pours some water from a clean glass into Gomindnath’s dirty one so that it can be washed. While pouring water, however, he gathers his clothes together so as to ensure that the water being used for washing the dirty glass does not drop on them.

After he has washed his glass, Gomindnath gets his ordered beverage poured into it. He sits on an old broken bench to drink it even though chairs and charpoys in better condition are lying right next to him. He is surprised when he is asked about his seating preference. He thinks for a while and then whispers his reply, “People of our caste and religion cannot eat sitting next to Muslims; it has been this way for decades”.

Sukhdev Bheel is a religious leader of the local scheduled caste Hindu community. He is also a member of an interfaith harmony committee set up under the government’s supervision in Rahim Yar Khan district. He regularly attends discussions and events centred on religious minorities in different cities including Lahore, Islamabad and Karachi. “At such occasions, I seldom encounter untouchability or discrimination but, in my own district, I am forced to face such social misconduct on a daily basis,” he says.

“If a Hindu sits on a Muslim’s charpoy even by mistake or unknowingly, he is threatened or sometimes even beaten up,” he says while describing the social attitudes prevalent in the district. “Local Hindus have accepted this humiliating behavior as their fate. So, rather than being resentful, they have stopped worrying about it altogether,” he adds.

Sukhdev lives in a settlement called Yusuf Colony, located on the outskirts of Rahim Yar Khan. Its 60 per cent population is Muslim while 40 per cent of its inhabitants are Hindus. Looking at local houses, it is not difficult to tell apart Muslim ones from those of Hindus. This is because the houses belonging to Muslims are made of baked bricks, they have colorful iron doors and their walls are plastered. those belonging to Hindus, on the other hand, are mostly made of mud and are quite shabby.

Sukhdev’s own house is in a dilapidated condition. It has two rooms with brick walls but its floor is three feet below the ground level. The only bathroom in the house has a tin door that flutters even with the slightest breeze.

The house right next to it is quite well built. It belongs to a Muslim named Muhammad Iqbal. A spacious seating area and a shop abut its huge iron entrance. A large platform protrudes in front of the two structures. It has a tin roof to provide shade.

Iqbal says Sukhdev has been his neighbour for 40 years yet not even once have they exchanged food or utensils. “Whoever eats or drinks with these Hindus is either ignorant or has sold his religion because they have not recited the Muslim proclamation of faith,” he says.

Iqbal spends most of his day selling household items at the shop connected to his house. He also farms ten acres of land where he has engaged scheduled caste Hindus as workers. They are given food and drinks in marked utensils kept away from those used by the members of his own household.

The maid working at his house is also Hindu. She is responsible for sweeping and mopping floors, cleaning toilets and picking up cattle dung. She is not allowed to go anywhere near the areas where either food is prepared or utensils are stored, Iqbal says.

Alam Ji Bheel, 28, is among a few educated people in a settlement named Dhangra. It is located near the town of Pattan Minara which is about 15 kilometers south of Rahim Yar Khan city. He possesses an MSc degree in computer engineering but, instead of doing any work related to this field, he is teaching at a local school while also working at an electrician's shop. 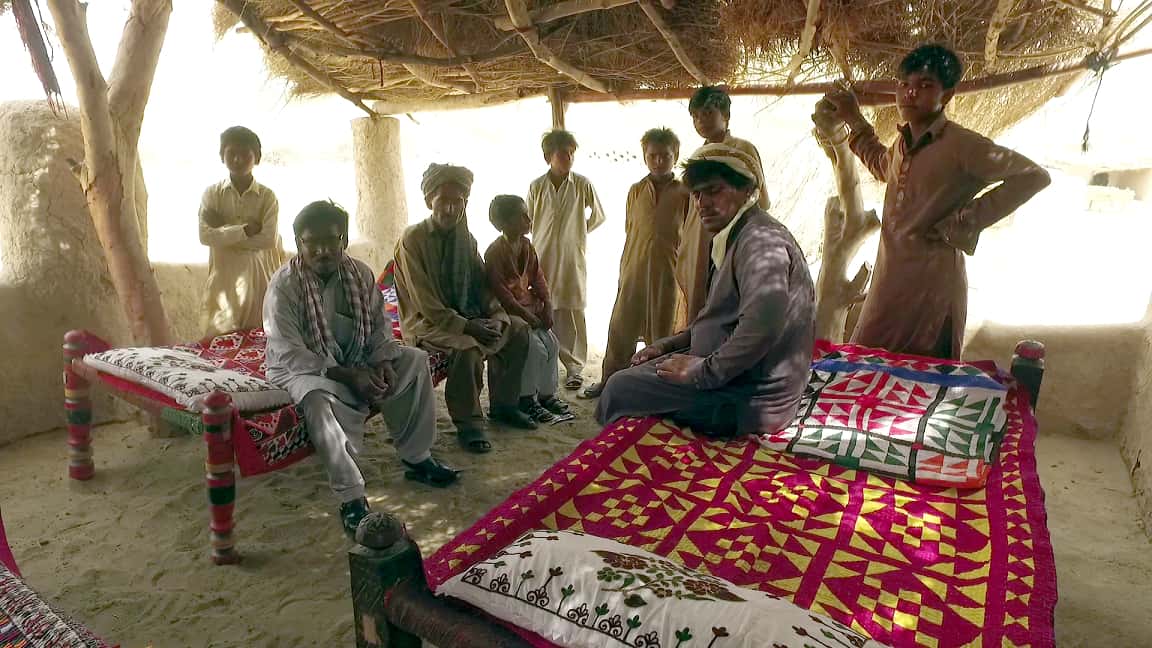 On a mid-April day in 2022, while working at the shop, he starts to narrate a story which goes like this: “A few months ago, I went to a Muslim teacher's house to install a dish antenna. I was offered tea there which I accepted only because I was expecting not to be mistreated. I thought an educated person would surely be different from the uneducated ones. On the contrary, I was given tea in the cup used by the teacher’s Hindu servant. Before being brought to me, that broken and dirty cup was lying in the courtyard at a place where a cat was loitering around it.

Alam Ji is said to have told the teacher: “I was expecting basic human courtesy from you because you are educated but the way you have treated me is no different from how illiterate people treat me”. Though he was infuriated at the mistreatment, he could not say anything else because, as he puts it, he belongs to a marginalized minority.

Alam Ji’s face contorts and he becomes so agitated while narrating this story that he sighs deeply and drinks water from a cooler nearby to calm himself down. “Even if our houses are made of mud, it does not mean that we eat mud. Yes, it is not possible for us to buy new utensils every month but the ones we use are kept clean and washed regularly,” he says rather loudly after taking a sip of water. "Hindus living in Rahim Yar Khan, especially those belonging to Bheel caste, are treated like the lowest part of humanity. Whoever wishes to see hell on earth should come here and see the lives of these people," he says, with his eyes and face red with anger and helplessness.

A few people, including some local Muslims, gather in front of the shop upon hearing him speaking agitatedly. He lowers his voice and softens his tone as soon as he sees them approaching. One sentence, however, rises above the din of the gathered crowd. “We have changed our names, faces and clothes yet nothing really has changed for us”.

This is spoken by Sajid Ji. A 30-something young man with jet black hair, he is wearing black glasses and a white shalwar kameez. Compared to other local Bheel families, he says, his household is quite well off because his younger brother works in Dubai.

His parents had originally named him Sajan but his teacher changed his name to Sajid while he was studying in grade five, thinking that a Muslim-sounding name might improve social attitudes towards him. But, according to him, he is still considered and treated as an untouchable.

Growing up, he says, he was very intelligent and wanted to become a dispenser by studying hard. After passing his intermediate exams, he did apply for a dispenser course offered at a government college in Rahim Yar Khan but he was rejected. He suspects that the rejection was owed to the fact that he is a scheduled caste Hindu.

The lowest of the low

According to the latest national census carried out in 2017, Rahim Yar Khan district has 150,093 Hindus while its adjoining Bahawalpur district has 41,000 of them. Together the two districts house 90 per cent of the Hindu population of Punjab province (which has 211,641 Hindu inhabitants in total).

Most of them living in Rahim Yar Khan and Bahawalpur belong to Bheel and Menghwar communities which, along with 30 other Hindu communities, have been declared 'scheduled castes' under a presidential ordinance issued in November 1957. A large number of people belonging to these two communities still live in small settlements, located among sand dunes of Cholistan desert which is spread over the eastern parts of the two districts.

Pritamdas, 50, a social worker belonging to Meghwar community, laments their low social and economic status. He lives in a small settlement, Amaan Garh, located a few kilometers from Pattan Minara and says that Meghwar and Bheel are the original natives of this land but they do not even have houses of their own.

Dalit Solidarity Network, an international organization working for the elimination of caste-based discrimination, supports the aforementioned claim. It says that 83.6 per cent of scheduled caste Hindus living in Pakistan do not own any land or any other property. Consequently, it points out, they are often forced to work on meager wages.

The organization further reports that scheduled caste Hindus live in backward rural areas, isolated from the rest of the population, where they do not get even basic facilities such as education and healthcare.

Dalit Solidarity Network also conducted a survey a few years ago to gauge the extent of daily discrimination faced by scheduled cast Hindus living in Rahim Yar Khan, Bahawalpur and two other districts of Sindh. Including responses from 750 people, the survey recorded 77 per cent of them to report that local barbers refuse to even cut their hair.

They are also not allowed to even sit on empty seats in buses and the utensils reserved for them in hotels and restaurants are kept separate from other utensils, the survey revealed. Similarly, it said they are not permitted to have any social interaction with local Muslims or upper caste Hindus. Even hospital staff refuse to treat them because nobody wants to touch them.

Scheduled caste Hindu students are also discriminated against by their teachers and classmates in educational institutions, the survey showed. This discourages them to the extent that most of them drop out of school. This, according to the Dalit Solidarity Network, is the major reason why 74 per cent of scheduled cast Hindus living in Pakistan remain illiterate.