Global climate summit in Glasgow: A 'betrayal of people and the planet'
English
English 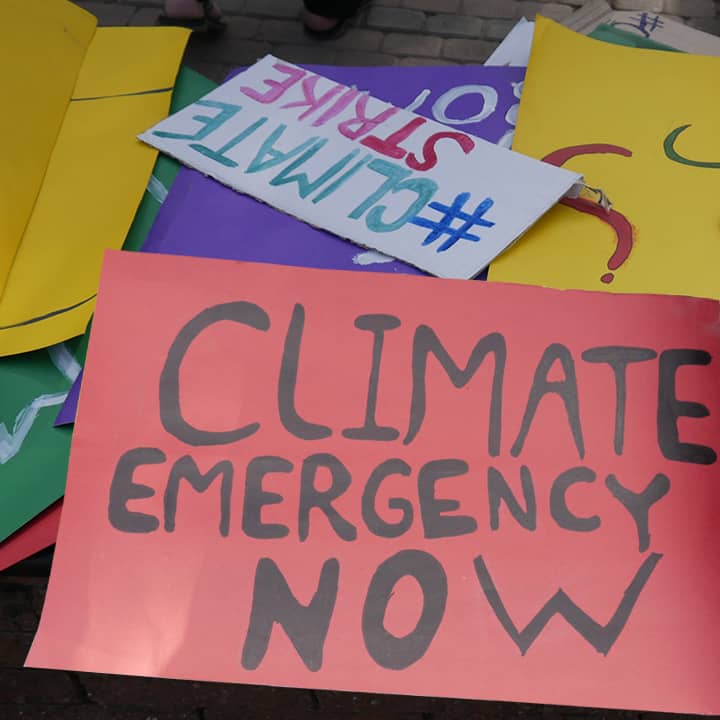 Global climate summit in Glasgow: A 'betrayal of people and the planet'

Global climate summit in Glasgow: A 'betrayal of people and the planet'

Delegates of as many as 197 countries assembled in Glasgow, Scotland, on October 31st, 2021 to discuss the harmful effects of climate change. They continued their deliberations over the next two weeks so as to forge an agreement for the resolution of the problem.

When the scheduled time for this meeting – officially named as the 26th Conference of Parties (COP-26) -- ended on November 12th, there was still no agreement. Its organisers, therefore, extended it by another day and a half. After utilising this extra time, the participants finally signed an agreement called the Glasgow Climate Pact.

The international opinion is divided about this agreement.

Some people and countries are satisfied with the outcome of the conference. They believe that it was, at least, not a total failure and has, instead, forged a pact upon which all its participants, more or less, agree.

The critics, on the other hand, say the conference miserably failed in formulating a clear pathway and timetable for achieving the goals set out in the Paris Agreement of 2015.

The proponents of the Glasgow Climate Pact also say it is the first global agreement to acknowledge that fossil fuels extracted from the earth (such as coal, oil and gas) are an important source of global warming. Although the countries that possess huge oil and gas reserves did not want this issue to be even mentioned, the conference took it up in detail, they point out. Even an alliance of states, local governments and private enterprises was formed with the mandate to set such voluntary targets for a reduction in the consumption of fossil fuels and for bringing down the emission of environment-damaging gases (especially carbon dioxide and methane) that are not binding on other countries. 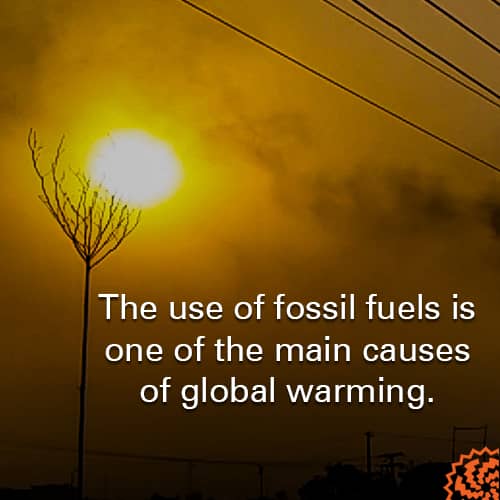 The detractors of the accord, on the other hand, complain that India, China and Australia have managed to avert the use of “coal phase-out” in it. Under their pressure, this phrase has been replaced by “coal phase-down” which, they fear, might increase the emission of toxic gases, such as carbon dioxide, instead of reducing it. This, in turn, could accelerate the pace of adverse impacts of climate change, they say.

For them, the biggest failure of the Glasgow Climate Pact is that it has brought down the possibility of restricting the increase in global temperature to 1.5 degrees Celsius by 2030. To achieve this target, they point out, every country would have to ensure that the annual level of emission of toxic gases is 45 per cent less than what it was in 2010.  In the absence of a clear mechanism to eliminate the use of fossil fuels, it is next to impossible to reduce these emissions to the required level since the use of these very fuels is the biggest source of these emissions.

It is mainly because of this reason that Asad Rehman, director of the War on Want, a Britain-based campaign working on ending global poverty, told Al-Jazeera news website that the Glasgow Climate Pact was a “betrayal of people and the planet”. The agreement, he said, was “a betrayal of the realities of the climate impacts that are happening and devastating people’s lives and livelihoods”.

Young Swedish environmentalist Greta Thunberg has also termed the conference a failure. “The #COP26 is over. Here’s a brief summary: Blah, blah, blah…,” she said on her Twitter handler.

Referring to several public demonstrations that took place outside the conference venue, she said in the same message: “But the real work continues outside these halls. And we will never give up, ever.” 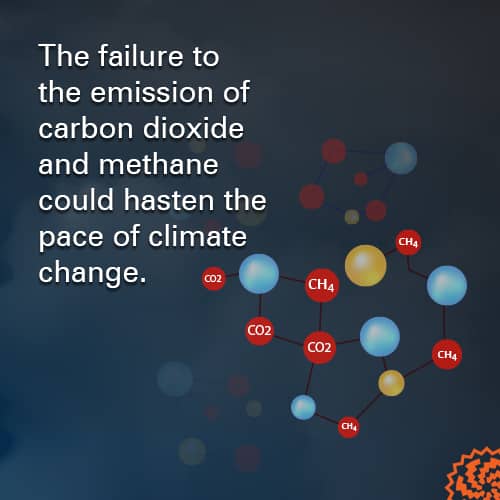 As far as Pakistan is concerned, it has demanded that it be given 100 billion dollars by 2050 in financial assistance so that it could contribute to whatever vague goals the conference has set.  Addressing the Glasgow summit, Malik Amin Aslam, advisor to the prime minister on climate change, said: “Pakistan requires large global financial support to attain renewable energy. Otherwise, we will have no choice but to keep relying on power projects running on coal, gas and hydroelectricity.”

The glimmer of hope

It would be wrong to conclude that the Glasgow Climate Pact is totally bereft of any concrete commitments that can mitigate the negative impacts of environmental degradation and climate change.

Given below are some of the steps that can certainly decelerate the pace of climate change (although the conference did not reach a consensus on any of them):

During the Glasgow summit, over 141 countries signed the Glasgow Leaders’ Declaration on Forests and Land Use. This declaration calls for the preservation and restoration of forests over the next decade to help restrict the rise in global temperature below 2 degrees Celsius. India, Bolivia and Venezuela, however, have not signed it even though they are among the top 20 countries with the largest forest cover.

The most significant feature of the declaration is that its signatory countries have announced to spend 19.2 billion dollars on forest protection and restoration. A major chunk of this money will be provided by the developed countries as an aid to the developing countries.

Pakistan has also signed the Glasgow Leaders’ Declaration on Forests and Land Use. The documents it presented in this regard at COP-26 say: "If we can do [Ten Billion Tree Tsunami Project] by 2040 and keep [the trees] standing, we would be sequestering the same amount of carbon as we’re emitting today, about 500 million tonnes.” 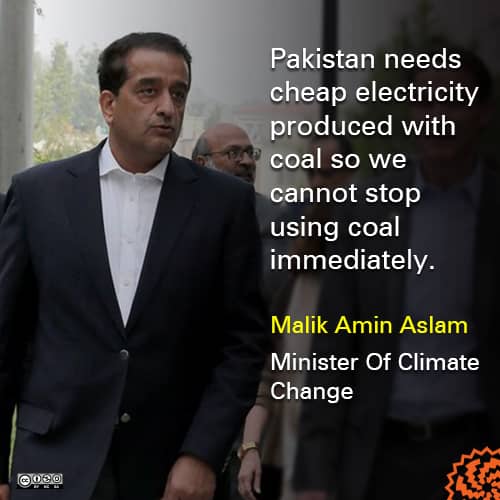 Haneea Isaad, a researcher focussing on climate change and renewable energy, does not sound optimistic about the continuity of Ten Billion Tree Tsunami Project. She says: “The cost of this afforestation project is about 800 million dollars a year. The government is making this expense unconditionally from the national exchequer but the question is: will this money continue to be available under the next government?”

If the incumbent ruling party loses the next election scheduled in 2023, she says, it will become extremely difficult to achieve the targets set under this project. This is because “the priorities and policies of the winning party will be certainly different from the ones being followed by the current government”.

2) Elimination of coal as fuel

More than 40 countries participating in COP-26 have signed an agreement to phase-out coal from power generation. Another 23 countries have signed an accord to stop issuing clearance certificates for the construction of new coal-based power plants.

But many countries which produce and consume coal -- such as China, India, the United States and Australia -- did not sign these agreements although they account for three-fourths of the world’s annual coal consumption. Pakistan is also among the non-signatory states.

Responding to a query on coal phase-out, Aslam stated on the last day of the summit in Glasgow that, as a developing country, Pakistan “needs cheap electricity produced with coal. We cannot stop coal consumption at the moment”.

His statement appears contrary to what Prime Minister Imran Khan said at the Climate Ambition Summit held online on December 12th, 2020 to mark the fifth anniversary of the Paris Agreement. The premier said he was going to impose a ban on the construction of new coal-based power projects. He, however, left the door open for an indirect consumption of coal and said that, instead of generating power by burning coal, Pakistan will produce energy either by turning coal into liquid (oil) or by changing it into gas. 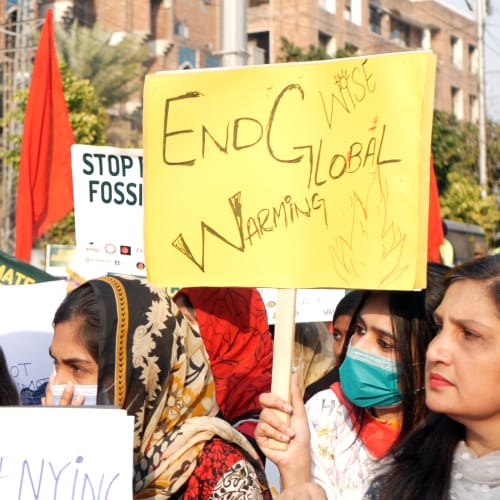 Commenting on this part of his statement, Isaad says: “It is surprising that the prime minister has floated the converting of coal into oil or gas as a project meant to mitigate the effects of climate change. It, in fact, is internationally acknowledged that, on the one hand, this requires massive investments while, on the other, this creates severe water and air pollution.”

She then substantiates her assertion with evidence: a 7-billion dollar coal-to-gas conversion plant in Mississippi state of the United States had to be shut down because it was causing severe environmental pollution.

Methane, just like carbon dioxide, traps the heat rising out of the earth and stops it from going into the space. This explains why it is one of the biggest sources of global warming.

In September 2021, the United States and the European Union proposed an agreement so that, by 2030, global methane emissions are brought to a level which is 30 per cent below their 2020 level. Many countries signed this agreement at the Glasgow summit though the three largest emitters of methane -- China, Russia and India -- are not among them.