Land acquisition for Ravi River Front: 'The government is adopting different strategies in different parts of the project'
English
English 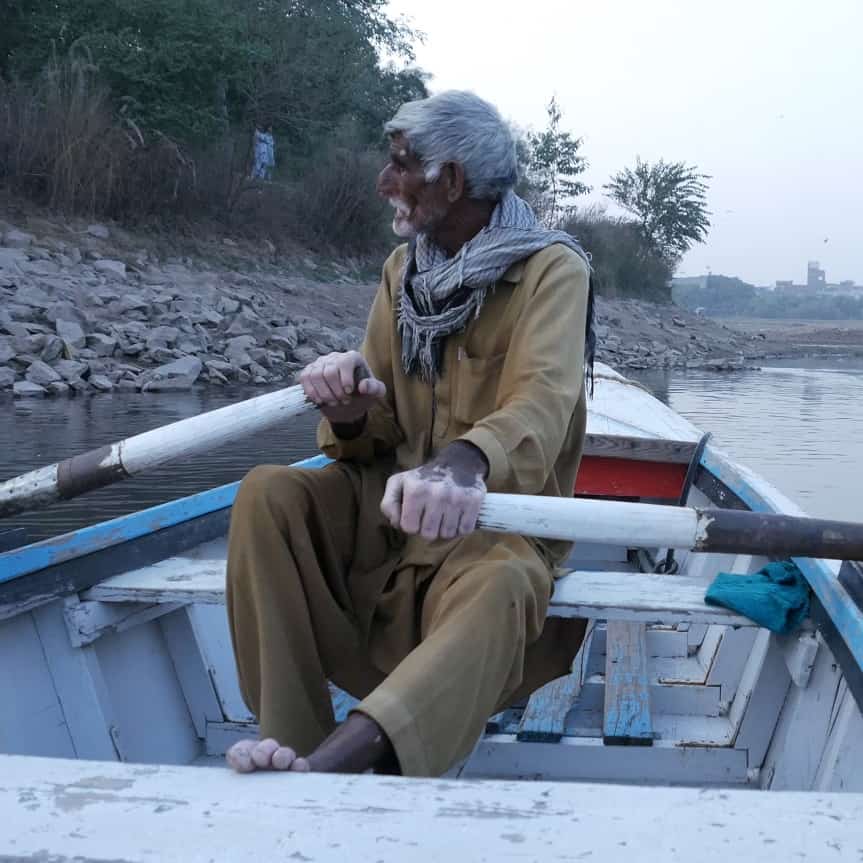 Land acquisition for Ravi River Front: 'The government is adopting different strategies in different parts of the project'

Land acquisition for Ravi River Front: 'The government is adopting different strategies in different parts of the project'

Dera Noor is an unconventional agricultural farm. In the middle of it is the house of its owner, Suleman Sajjad Warraich, with a mango orchard on one side and a lychee orchard on the other. These plantations are surrounded by fields of wheat, corn and alfalfa stretching in all directions and irrigated by solar-powered tube wells.

Warraich is a Canadian Pakistani who has been living in Pakistan for almost five years. His family owns several hundred acres of land in Ferozewala tehsil of Sheikhupura district. Dera Noor is located by a canal near Fateh Rehan village in that tehsil.

Pakistan’s national flag is flying on a tall tree outside his house. A torn flag of the ruling Pakistan Tehreek-e-Insaf (PTI) is also hoisted on a tree inside the house.
Three years ago, Warraich also persuaded his son Faqir Muhammad to come to Pakistan so that he could help him in farming. Muhammad has received all his education in Canada but he has made a serious effort to adapt to local environment and has recently planted a guava orchard containing 300 plants.

Warraich is now unhappy with his decision to bring his son to Pakistan because he fears that he may soon lose 500 acres of his family land.

Punjab government's Ravi River Front Urban Development project, that aims at building a modern city northwest of Lahore along the Ravi River, is the reason behind this fear. The project requires 102,000 acres of land, including 89,000 acres of agricultural land owned by landowners living in different villages of Lahore and Ferozewala.

According to the residents of Ferozewala, the government has announced in the official gazette and also locally, as per section 5 of the Land Acquisition Act, the purpose of acquiring this land and how that purpose serves public interest. Under Section 4 of the same law, the district administration has already completed the marking and measurement of 40,000 kanals of the land being acquired for the project. 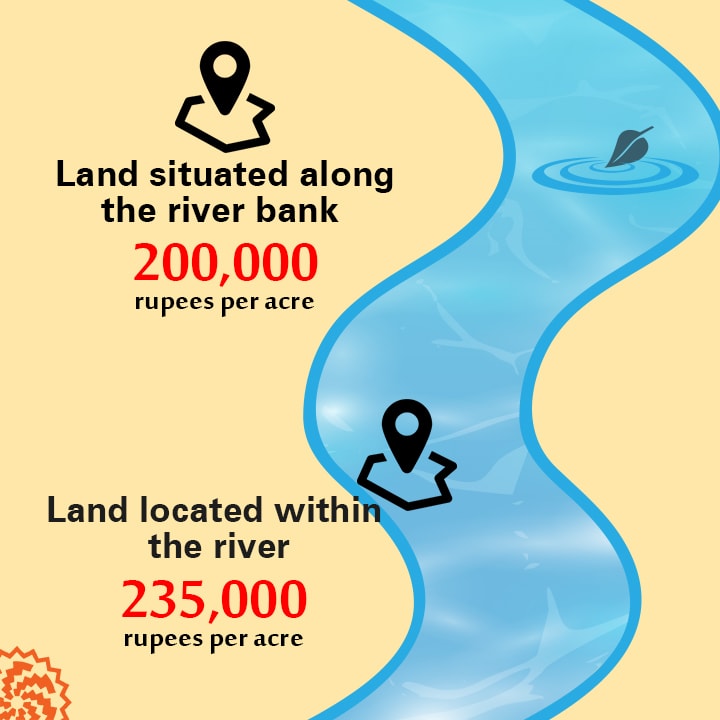 This land houses 23 villages. Out of these, seven are located in Lahore district and 16 in Sheikhupura district. This land also includes 1500 acres on which the river flows. According to the Ravi Urban Development Authority (RUDA), a government agency set up in August 2020 to implement the project, the purpose of acquiring this particular piece of land is to train and channel the river so that its water does not spread wide.

Earlier this month, Punjab government also set the price of the measured land. According to this price, the land within the river will be acquired at the rate of 200,000 rupees per acre and located along the river at the rate of 235,000 rupees per acre. By this measure, total value of the land marked for the project at village Aya Nagar Kalan near Dera Noor has been fixed at 626 million rupees.

Warraich is also protesting against the inclusion of his land in the Ravi River Front Urban Development project. He says he had hoisted the PTI flag at his house in the hope that justice would be done in Pakistan. ‘’But justice perhaps has been restricted to the builders of new cities as they have been given permission to take possession of several thousand kanals of land in his area,’’ he says.

To make his protest effective, he plans to write a letter to the World Bank, informing it that the financial support it has given to Pakistan for the installation of solar-powered tube wells may soon be lost. He wants to write to the bank that "the government of Pakistan is helping landowners to install solar tube wells but at the same time it is taking away their land".

Local landowners complain the government has not devised a clear procedure for acquiring land from them. They allege that they do not know which land has been included in the Ravi River Front Urban Development project and which land is excluded form it - and for what reasons. Mian Mustafa Rasheed, a local politician, says the government officials are including and excluding various pieces of land at will.

A large portion of the land being acquired for the project is located in a five-mile wide strip along the Pakistan-India border. The sale and purchase of land in this area requires permission from a border area committee set up by the general headquarters (GHQ) of the army. Another important condition for buying and selling land in this area is that the head of the border area committee is required to personally oversee the signing of the sale-purchase deed.

Local landowners do not know if RUDA has sought permission from the border area committee to buy or sell land, says Warraich. He, however, knows that the committee officials have not yet contacted the local landlords. In spite of this, the land acquisition law has been applied to the lands located within the border belt too. ‘’This means that RUDA can go to any length to acquire these lands,’’ he says.

He is a member of a team of lawyers that is pursuing several petitions in the high court against the Ravi River Front Urban Development project. One of these petitions has challenged the appointment of RUDA’s chief executive officer Imran Amin.

Amin has recently taken charge of this post. Prior to that, he was the interim chairman of the Pakistan Island Development Authority, formed last year. He has also worked for a Singapore-based company called Meinhardt, which carried out a detailed feasibility study in 2014 for an earlier plan to build a city on the Ravi during Chief Minister Shahbaz Sharif’s government.

Before Amin became RUDA's chief executive officer in February 2021, the authority was headed by its chairman Rashid Aziz who is an electrical engineer by training but is associated with the construction industry by profession. He resigned in the third week of March 2021 and later told Dawn newspaper that Amin’s appointment was the reason for his resignation. Aziz said the post of chairman had become powerless after all its authority was given to the chief executive officer. 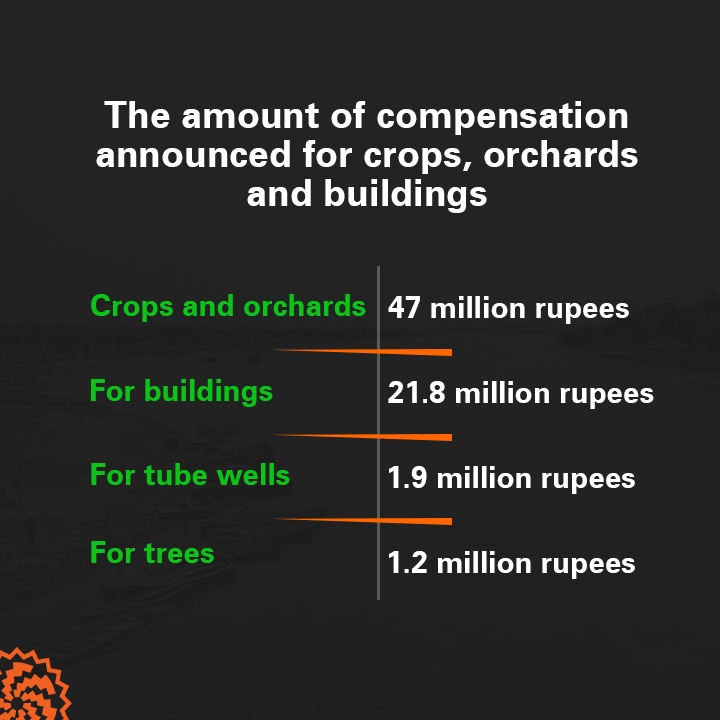 Another key figure in the authority is its spokesperson, S M Imran Munir. He is also vice chairman of the Lahore Development Authority (LDA). His father S M Munir is the founder of Din Group, a business house whose website states that Imran Munir is one of its directors. One of Din Group's main projects is Din Gardens, a housing scheme located in Chiniot district in central Punjab.

According to the landowners in Ferozewala, most of their interaction has been with Munir. Apart from him, they say, other senior officials of the authority have seldom met them.

Landowners vs the authority

On 2nd March 2021, a first information report (FIR) was lodged at a local police station by the officials of the revenue department in Ferozewala town. The FIR allege that a revenue department official named Muhammad Shafiq was that day fixing the prices of land acquired for the Ravi River Front Urban Development project when a mob of 80 to 90 persons approached him and a man began to tell him that his land had been underpriced. According to the FIR, the mob later beat up Shafiq, snatched some official documents from him and fled.

The landowners, say these allegations are completely false. According to them, the quarrel was started by the district administration as its officials were insulting the landowners instead of listening to their objections over pricing.

Giving the details of the dispute, Rasheed says many landowners present at the time of setting the price of land were complaining that they were not informed about the process in advance. The administration had not used any other method of informing them about it than an advertisement in a newspaper on 26th February 2021.

As per the law, however, an individual notice has to be sent by the government to each affected landowner. 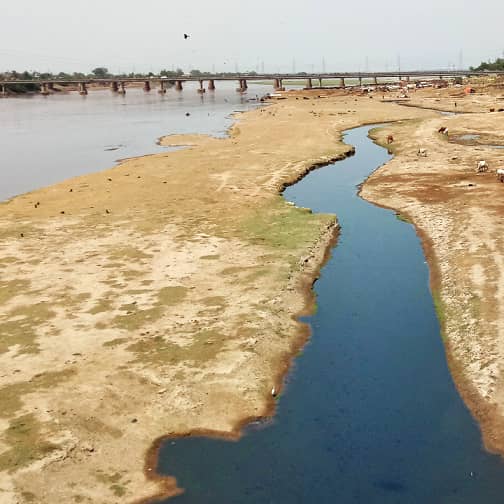 A recipe for disaster: How Ravi River Front will harm the ecology of a dying river

A landowner complained about the low price of land while arguing with the revenue department officials, says Rasheed. An official responded to his complaint in a derogatory tone and said, "If you want to take this money, take it, otherwise the real price of your land is not even that’’. This led to the brawl between the two sides.

A few days afterwords, the landowners filed a writ petition at the Lahore High Court to halt the land acquisition process. Hearing the petition, Justice Shahid Karim directed RUDA on 11th March 2021 not to take over land unless the Environmental Protection Department has provided a detailed report on the environmental impact of the Ravi River Front Urban Development project.

The landowners allege that both the government officials and property dealers are very active in the villages of Ferozewala – in spite of the court orders - and are persuading people to sell their lands through bullying, cheating and threats. Rasheed says the determination of the price of local land was also made possible through of a nexus between the government and some big landowners in which the later were lured to help the government in land acquisition in lieu of some special concessions in the project.

To avoid protests by the landowners, the government is also adopting different strategies in different areas included in the project. For example, when the owners of houses and industries on the south bank of the Ravi strongly opposed the acquisition of land, the government neither completed the marking and measuring of land in that area nor did set its price. In fact the owners of the industries there protested so strongly that, in December 2020, Munir had to state that the land of factories in working condition would not be taken for the project. On the other hand, the process of acquiring agricultural lands north of the Ravi was expedited.

Rasheed claims that this strategy will not work because all the landowners ‘’completely reject the project.’’ If they are not listened to, he warns, ‘’they will be ready to protest at every forum to save their lands’’.

This report was first published by Lok Sujag on 2 Apr 2021, on its old website.