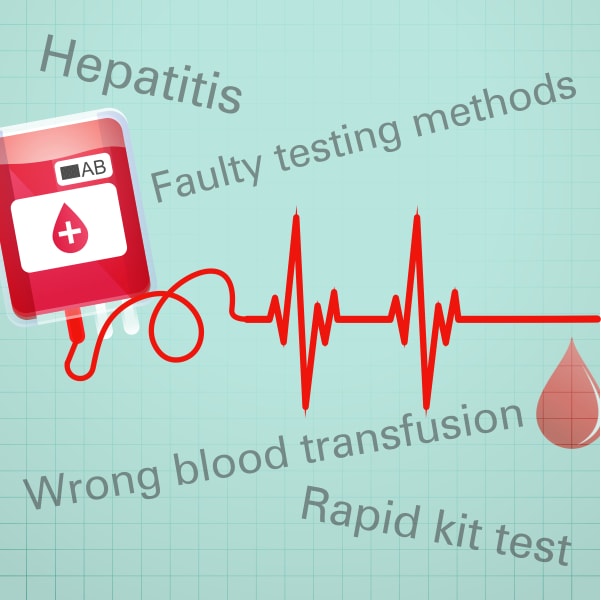 Ali Haider has to receive two pints of blood every 18 days.

He has been unemployed for several months due to business closure caused by the corona epidemic. Before that, he was working as a cook in a restaurant in Lahore.

He lives in a working class neighbourhood next to Kot Lakhpat railway station in southern Lahore. On a hot day in May 2021, he is sitting on a sofa in the only room of his house and putting medicine in a plastic bag. In the courtyard, his mother is sitting on an iron cot and reciting something on a rosary.

Haider is in his thirties but his life has always been dependent upon regular blood transfusions because he has a congenital disease called thalassemia. This disease compels him to receive blood transfusion after every few days. ‘’Transfusion is a painful procedure because it can lead to unexpected physical reactions,” he says.

He always keeps some medicine with him to avoid any adverse reactions and takes these medicine before undergoing blood transfusion.
Despite all these precautions, he did contract hepatitis. “When I contracted hepatitis ten years ago, it was either because of the blood I received or the syringe used for transfusion,” he says. 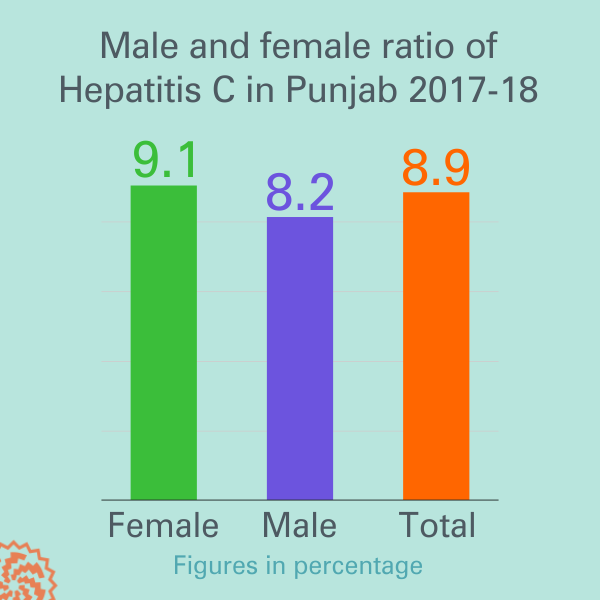 The survey also found that the prevalence of Hepatitis C among women in Punjab (9.1 per cent) was higher than among men (8.8 per cent). This difference is due to the fact that women need more blood transfusion -- especially while giving birth – than men, says Dr Shahnaz Naeem, secretary of the Punjab Blood Transfusion Authority, a government body that regulates blood transfusion in the province.

The rising scare of hepatitis

According to an official document called the Punjab Hepatitis Action Plan (2019-2022), 15 million people in Pakistan are suffering from hepatitis C. In Punjab alone, the number of Hepatitis C patients is around eight million – or 8.9 per cent of the total provincial population. In 2008, this number stood at 6.7 per cent. This suggests that hepatitis is spreading rapidly among Pakistani population.

Medical experts attribute its spread to negligence in health sector – including the use of contaminated syringes, improper disinfection of medical devices and unsafe blood transfusion. Dr Naeem, for instance, says that one of the main reasons for a close link between hepatitis and blood transfusion in Punjab is the proportion of blood donors infected with hepatitis B and hepatitis C -- 1.55 per cent and 2.66 per cent respectively.

There are two main sources of blood donations in Pakistan. About 75 per cent of the three million units of blood transferred in the country every year is provided by various government and non-government blood banks. The rest is collected from people who donate blood voluntarily. Before transfusion, the donated blood is checked so that it does not have traces of hepatitis B, hepatitis C, AIDS, syphilis and malaria.

Immunochromatographic test (ICT), also called the rapid kit test, is the most common method used for testing blood. Most non-governmental organizations working with blood donations and transfusions, as well as small public and private hospitals, use the same kit for blood tests although hematologists do not consider it safe. A number of studies have shown that blood tested with rapid kits throws up different results when it is tested through others means. 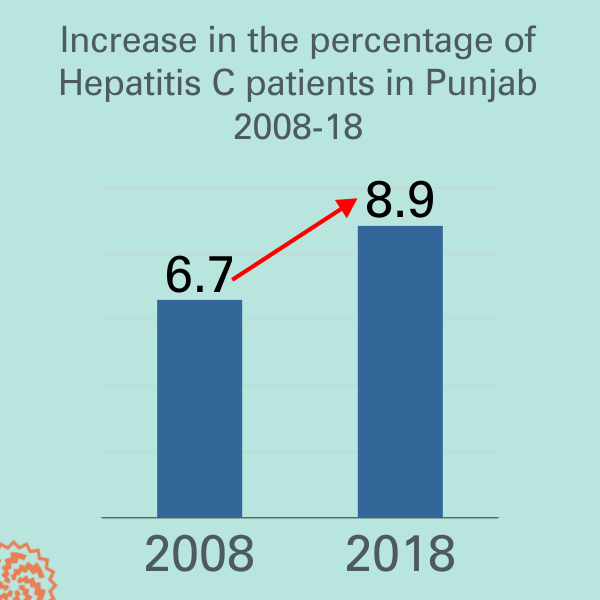 Dr Naeem, too, does not consider the use of ICT kits as a safe way to test blood. The accuracy of this kit is 90 per cent, she says. This means that at least 10 per cent of the tests performed by it cannot detect diseases that are transmitted from one person to another through blood.

According to her, Punjab Blood Transfusion Authority has sent notices to several blood banks to adopt better methods for blood testing. But the fact is that most blood collection agencies in the province are not registered with the authority. Consequently, it does not have even the basic information about them let alone monitor and regulate their work.

It is, therefore, impossible to determine how many of these institutions take necessary precautions for safe blood transfusion and how many of them do not follow these measures. The Punjab Hepatitis Action Plan (2019-2022), however, confirms that blood transfusion in Punjab is not safe at all. The survey points out that 40 per cent of blood transfused in the province is not tested at all while most of the remaining 60 per cent is tested incorrectly. 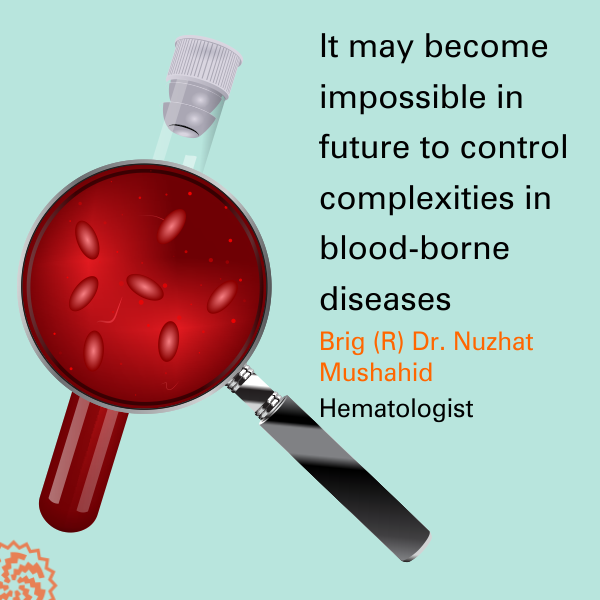 This raises serious doubts about the quality of the tested blood. In order to remove these doubts, it is extremely important that, before transfusion, blood is tested through means other than rapid kits, says Dr Nuzhat Mushahid.

She retired as a brigadier from the Pakistan Army Medical Corps and has done a lot of research on blood transfusion. In order to have a safe blood transfusion system in Pakistan, she says, not only the institutions involved in the process must follow a stringent regulatory framework but it is also important to adopt modern methods of blood testing -- prominent among them being CLIA and NAT (Nucleic Acid Amplification Test). Otherwise, she warns, “it will become impossible to control complexities in blood-borne diseases”.

If and when that situation arises, people like Haider will need a miracle, not just precaution and medicine, to survive.

This report was first published by Lok Sujag on 5 Jun 2021, on its old website.