Thirsty by the river: Hydroelectric projects in Kashmir are not benefiting the local people.
English
English 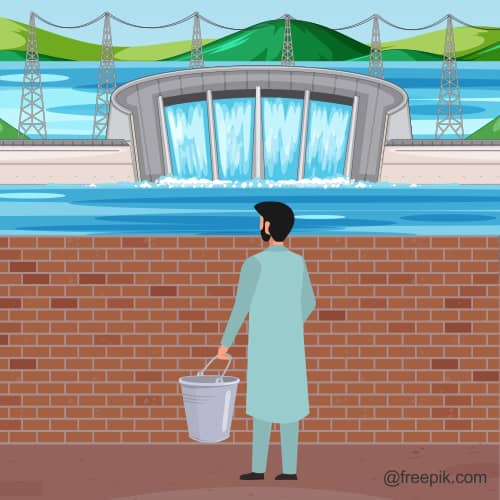 Thirst, one would think, would not be a need afflicting the residents of Muzzafarabad. The capital of Azad Jammu and Kashmir is, after all, a city at a confluence of two rivers - the River Jhelum and River Neelum. But for several years now, the city has been facing water shortage, together with rise in the average temperature, according to a Federal Ministry of Water Resources report.

Local population blames the Neelum-Jhelum Hydropower Project for this. Under the project, River Neelum water has been diverted at Noseri area upstream of Muzaffarabad through 32 kilometers long tunnels, that pour its waters into River Jhelum to produce 969 megawatts of electricity.

Work on the Neelum-Jhelum Hydropower Project was launched in the early 2000s and was completed in 2018 after several years of delay resulting in rising cost of the project. The locals point out that adverse impacts of the project on water and environment was felt soon after the project started power generation.

Under these guidelines, he said, “every hydropower project should ensure the financial, social and environmental development of the people on whose land it is built.”

Khan pointed out that from the Mangla dam built in 1960s to the under construction Kohala project, no hydel power project had resulted in a financial and social benefit to the people of the Azad Jammu and Kashmir.

He said that despite generating thousands of megawatts of electricity from these projects on a daily basis, local people were facing hour’s long power outages.

Khan termed the Neelum-Jhelum and Kohala hydropower projects in contravention to the Azad Jammu and Kashmir’s constitution that clearly states that the first right on the resources of the region was that of its people. 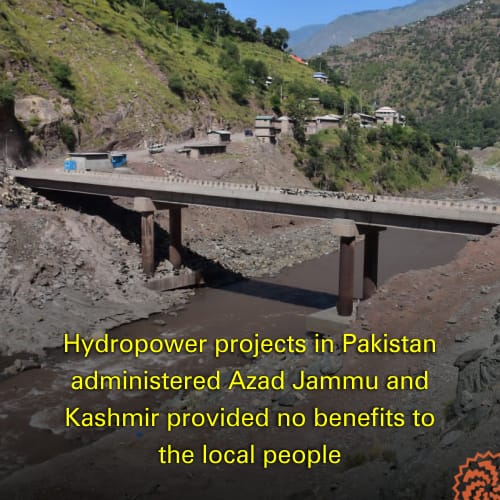 In addition to this, Khan said, “all such projects should ensure implementation of local laws regarding environmental protection.”

However, he said, both Neelum-Jhelum and Kohala projects do not meet these constitutional and legal imperatives. “No one sought permission of Azad Jammu and Kashmir assembly for both projects, neither was any promise regarding payment of royalties made nor any steps taken to mitigate the environmental impacts of the projects,” he said.

On the basis of these concerns, Khan and 30 other people from different walks of life approached the Azad Jammu and Kashmir High Court with petitions on September 22nd, 2018, pointing out constitutional, legal, financial and environmental lacunae in the projects.

After months of hearings, a three member bench of the Azad Jammu and Kashmir High Court comprising Justice Muhammad Shiraz Kiyani, Justice Sadaqat Hussain Raja and Justice Muhammad Munir declared that the Water and Power Development Authority (Wapda) failed to follow the constitutional and legal requirements for the projects. The court declared that both projects were not only unconstitutional and illegal, they also encroached on the Kashmiri people's right to life and property.

The bench also termed the construction of both projects as a violation of the Azad Jammu and Kashmir Environmental Protection Act 2000.

Referring to Azad Jammu and Kashmir Environmental Protection Agency’s (EPA) conditional approval for both projects, the bench noted that the Wapda should take corrective measures to address the issue of water shortage and the problem of waste resulting from the projects. It said the EPA had made it binding on the Wapda to construct water reservoirs to address the issue of water shortage in Muzaffarabad, after diversion of Neelum River for the Neelum-Jehlum project. However, Wapda failed to meet any of these conditions. 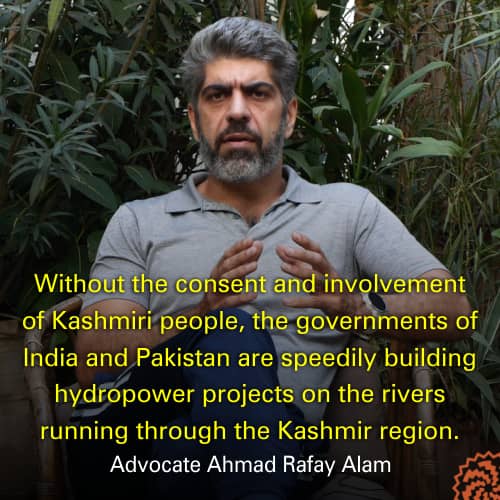 The authority failed to take the "necessary steps" even after the court judgment. “Wapda never bothered to listen to the complaints of Muzaffarabad residents,” Advocate Khan said.

Pakistan Peoples Party leader and opposition leader in Azad Jammu and Kashmir Legislative Assembly Chaudary Latif Akbar goes even further, saying both the Neelum-Jhelum and Kohala hydropower projects were responsible for "mass killing of the population of Muazaffarbad."

“Besides destruction of natural habitat, these projects were also ruthlessly using local resources, damaging both the Azad Jammu and Kashmir’s economy and environment,” he said.

Latif has also raised this issue on the floor of the Azad Jammu and Kashmir assembly through an adjournment motion.

In 1960, India and Pakistan signed the Indus Basin Treaty (IBT) to divide the six rivers that enter Pakistan from India. Though Pakistan was given control of three rivers including Indus, Jhelum and Chenab, India was allowed to use 20 per cent of their waters for drinking, irrigation and power generation.

Ahmed Rafay Alam, a Lahore based environmental lawyer, said that the biggest fault in this treaty was that it ignores the water rights of people both on the Indian and Pakistani sides of Kashmir. Alam who has worked with a Pakistani organization overseeing the treaty, said that both countries were rapidly building dams on rivers in their jurisdiction without the concurrence of local population.

Majid Akhter, a senior faculty member at the environmental department of the King's College London said that the treaty failed to take into account the needs and opinions of people in both Kashmirs.

He said that the Indian and Pakistani engineers and policymakers who were part of the talks agreed that giving Kashmiris a political say in the treaty would be detrimental to their interests. 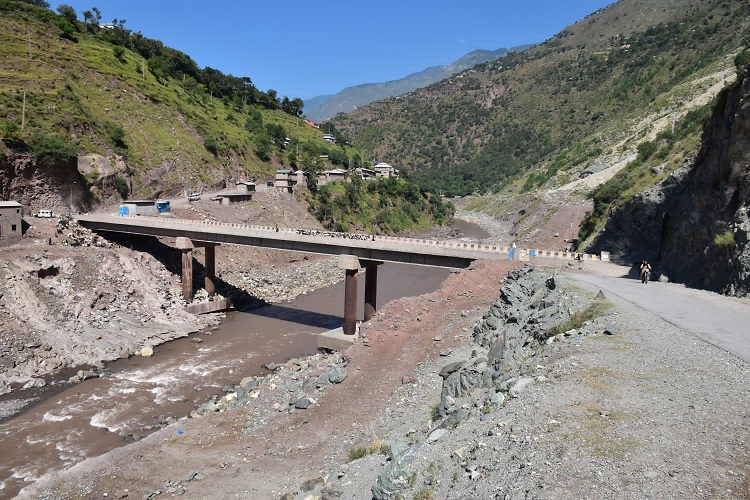 Khan agrees with him. He said that people of Muzaffarabad first realized the reduced flow of the Neelum River when India's Kishangaga Hydroelectric Project - built over Neelum River, called Kishangaga in India - went into operation in 2016. In 2016, the situation further exacerbated when the Neelum-Jehlum project became operational.

Khan said now when Pakistan has awarded contract to a Chinese company for the construction of Kohala dam, the tug of war between India and Pakistan over western rivers could cause a situation akin to drought in Muzaffarabad.

A 2015 survey by the National Aeronautics and Space Administration confirms Khan’s fear. The survey had pointed out that water was decreasing from four to six millimeters annually in the rivers that fall under the IBT.