The crisis of faith: Why mental health problems are increasing among religious minorities
English
English 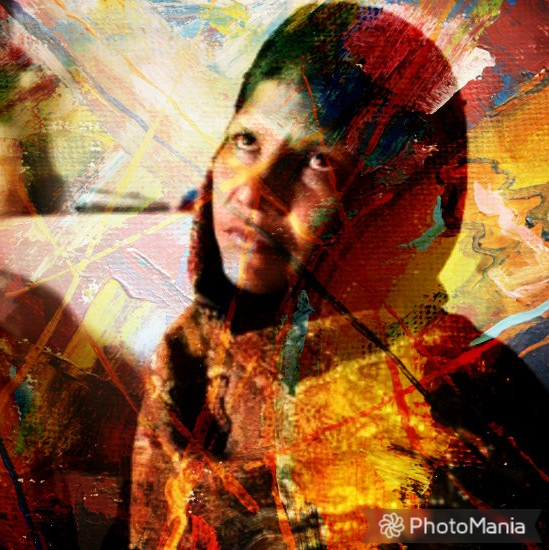 The crisis of faith: Why mental health problems are increasing among religious minorities

The crisis of faith: Why mental health problems are increasing among religious minorities

Rimsha Javed, Shehnaz Cornell, Marshal Ashiq and Sakina Bibi have many things in common: they all live in and around Lahore, they are Christians, they are all poor, and they are all prisoners of their own mind.

Rimsha, 17, does not remember her age. A fair plump girl, she forces a customary smile every time someone meets her, followed by an embarrassed expression. She struggles with remembering the details of her life.

She lives in Mananwala, a town in the west of Lahore, and was abducted by the Muslim husband of her sister on the pretext of converting her to Islam. She was kept locked in a room for three months and then shifted to his house for another month, from where she finally escaped with the help of her mother and a Christian community leader. During her captivity, she was raped by her abductor multiple times.

For Rimsha, those weeks in captivity warped her sense of time and space.

“I think it was six years or perhaps six months. Or even six weeks. I am not sure. I only know it was very long,” she says as she talks about her days as a captive person.

Her mother is upset because of her mindlessness and laments that she is not helping her in doing household chores. She also believes had Rimsha been mentally agile, she could have avoided being coerced into captivity. “If she had a sharp mind, she could have run away and not be fooled by that person,” her mother complains.

Rimsha, despite her youth, feels she has lived a lifetime and has neither any ambition nor a sense of the future. Her trauma is too overpowering for her to be able to even communicate it clearly.

“He took me with him by saying that my parents had met an accident. I later realized that he was lying” she says as she narrates the details of her abduction. And then suddenly changes the conversation: “how many siblings are you?”

In a house which has two rooms for nine people, there is little space for each of them to escape their grim lives. The only space that Rimsha can claim as her own is a part of a broken bed where she spends most of her day. Right next to her lie her nephew and niece, the children of her abductor, along with her two other sisters and two brothers.

In the adjacent room, her father Javed Bhatti, is also caught up in his own mind. He is paralyzed and has a fragmented memory. His wife says he had a paralysis attack and lost most of his memory after Rimsha and her sisters were abducted. When asked where he is from, he shame-facedly excuses himself and says that he does not remember.

“I have lived there all my life but I don’t seem to remember its name now. You can ask my wife when she comes home,” is how he finally responds.

He often bickers with his wife and starts crying incessantly when asked why he fights so often.

“I do not know what happens to me. My mind takes over me and I do not have control over it. I have told my wife and my children not to mind anything I say. What else can a person who stays in bed all day do?” he says.

In a household where an abductor’s children live along with his victims, the biggest worry for everyone is how to put food on the table.

Mental health is the least of their concerns.

In Youhanabad in southern Lahore, Sakina Bibi, 65, is troubled by thoughts that keep flooding her mind. The wrinkles on her face testify to a life spent worrying. She lives in a perpetual state of fear that something bad is going to happen to her. Caught up in the storm inside her head, she spends most of the day in her bed thinking about the days gone by.

“I am fed up by these thoughts. They keep coming to me and I can’t help but cry,” she says wiping her tears with a faded shawl. “I have had a happening life but now all that remains is thoughts that come to my mind one after the other,”

Sakina Bibi lives with her daughter who is her sole source of support as the rest of her children are married and live separately. Wrecked by old-age, she feels the cold more in her head and less in her knees.

“I do not feel like talking to anyone. I do not think they will understand my pain,” she says.

The traumatic event that changed Sakina Bibi’s life was the death of her husband three years ago. She was devastated to lose her companion who had supported her through the thick and thin of life. He not only contributed to the family’s financial resources but also looked after the children while she went away to work as domestic help. Though quite some time has passed since his death, his mention still brings tears to her eyes.

Our social and academic discourse on mental health is limited to the situation of certain classes. When we are taught about stressors, our vocabulary is limited to urban middle class situations. We hardly discuss how a bad crop or untimely rain could be a stressor for a farmer or how a laborer could also be going through a tough time: Dr Muntaha Ahmad

“After his death, the world seemed to have ended for me,” she tells Sujag. “I hated everything. It was as if my whole life had crumbled in front of me. I would have not stepped out of my house after his death had it not been to satiate the hunger of my children.”

She worked at the same household for almost 30 years where she cooked and cleaned and felt a part of that family. The coronavirus pandemic, however, took away that job and along with it her sense of worth and productivity. After losing that job, she feels displaced and has no clue how to spend the rest of her life.

Bogged down by the weight of incessant negative thoughts, all she manages to do is to push her broken cart outside her house and spend the day absent-mindedly selling packed chips and jellies to street children.

“Now I am just waiting till I die. I don’t look forward to anything but just want to earn enough to feed myself and my daughter,” she says.
Where will the peace of mind come from?

Dr Muntaha Ahmed, a professional psychologist working in Lahore, argues that religious minorities in Pakistan are particularly vulnerable to traumatic experiences as they have been exposed to greater and bigger stressors than the members of the majority community.

The life of Marshal, 27, attests to that. He thinks that, along with employment problems and financial pressures that people of his age face, those belonging to religious minorities have it doubly difficult as they are also subjected to discrimination because of their religious identity.

“Imagine realizing that once people get to know that I am a Christian, their attitudes stiffen towards me. People mock at me. They call me names,” he says.

Diagnosed with clinical depression, anxiety and post-traumatic stress disorder, Marshal has been taking psychotherapeutic medicines for three years now. While that has helped him regain his mental poise, he still lives in a continued fear that anything bad could happen to him.

Peter Jacob, an advocate of minority rights, looks upset while explaining the mental stress being faced by the members of religious minorities living in Pakistan. “It is hard when you cannot even tell people that you are a Christian without fearing the consequences,” he says.

Having worked for more than two decades over multiple cases of forced conversion and persecution of Christian communities in Pakistan, he believes that mental health problems of individuals and groups who have had traumatic experiences are often ignored.
“These people feel scared and anxious,” he says and talks about the general paranoia and fear prevalent among Pakistani Christians as a whole. “They feel insecure whenever an incident of religious violence takes place anywhere in the country,” he says.

According to him this is because the state and society have failed to provide relief and justice to the victims of religious persecution. “The members of religious communities feel abandoned and hopeless,” he says.

Shehnaz Cornell, 38, feels exactly like that: abandoned and hopeless. She lives alone in Lahore’s Bahar Colony in a one-room house which is lit by only a single dim LED light and is located on the second floor of an under-construction house. She has filed for a divorce from her abusive husband but has found no relief.

She spends most of her day in a makeshift bed and just stares at the ceiling. She feels lonely and does not trust anyone anymore.
“I hate meeting people because I don’t want anyone to give me company out of pity. So I stay in the bed sometimes for several days and only leave it when I have very urgent work to do.”

For Dr Muntaha Ahmad, who specializes in trauma therapy, such cases seem to have stemmed from instance that were too overpowering for the nervous system of these people to deal with. “The nervous system shuts down in these cases or reacts in a certain way which it impacts our mind and body,” she says. “If it is not addressed, the resulting trauma multiplies over time and evolves into a much more serious condition those later manifests as a psychological disorder.”

Pointing out that our social and academic discourse on mental health is limited to the situation of certain classes, she says, “When we are taught about stressors, our vocabulary is limited to urban upper middle class situations. We hardly ever discuss how a bad crop or untimely rain could be a stressor for a farmer or how a laborer could also be going through a tough time.”

Commenting on how the individuals and society at large should deal with the situation she says, “If you have a broken bone or headache, you ought to do something about it. Similarly, for your stressed mind, you need to consult a doctor even if the symptoms are not visible.”

To do that she adds, “We as a society need to learn how to listen. Without passing judgments, giving advices or recommending solutions. We need to give the mentally stressed person a channel to let the agony out of their system.”