Birth pangs: Why working women have to quit jobs to deliver and raise children
English
English 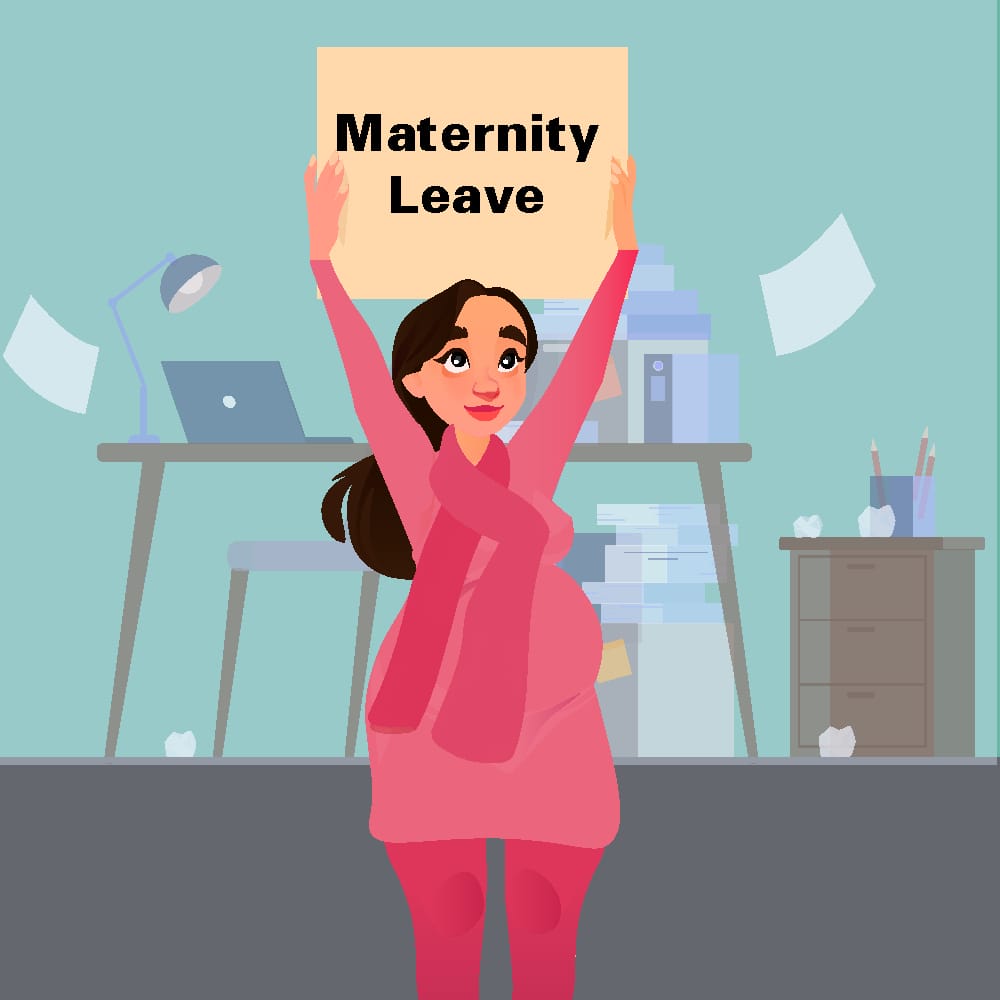 Dr Hafsah Gakhar lost her job a month after her maternity leave had started. She received her termination letter from her employer, a Lahore-based Pakistani subsidiary of a British information technology firm, on February 1st, 2022. She also found her work email blocked that day. After several failed attempts, when she finally managed to get in touch with the human resources department of the company, she found out that it either did not know about the law governing maternity leave or it was feigning ignorance about it.

She had got her job in March 2021. The employment contract given to her stated that she would be provided maternity leave as per Pakistan’s law. A month later, she became pregnant and duly informed the company about it because she “wanted the human resources department to lay down a proper maternity leave policy”. She was instead told that the company would address the matter when her delivery date approached. That promise never materialized, she says.

Gakhar recalls how another woman working with the same employer was also fired recently on the last day of her maternity leave. “The company, indeed, has extremely discriminatory policies towards women employees,” she says. “Even during jobs interviews, they are asked intrusive questions about their marital status, about their marriage plans if they are single and about other such personal matters,” she adds.

That company, though, is not the only private sector business to treat women employees this way. A department head at one of the largest chains of private colleges in Punjab has similar complaints about her own employer. Having worked there for six years, she came face to face with its discriminatory policies after she became pregnant early last year.

She was informed that she was entitled to only a three-week paid maternity leave which she could avail at any time of her choosing around the delivery date. In November 2021, however, her pregnancy became so complicated that her doctors advised her to take bed rest until she had given birth. So, she consumed most of her employer-sanctioned maternity leave before the delivery date. As soon as her leave ended, she was told to resume work even though she had just given birth. 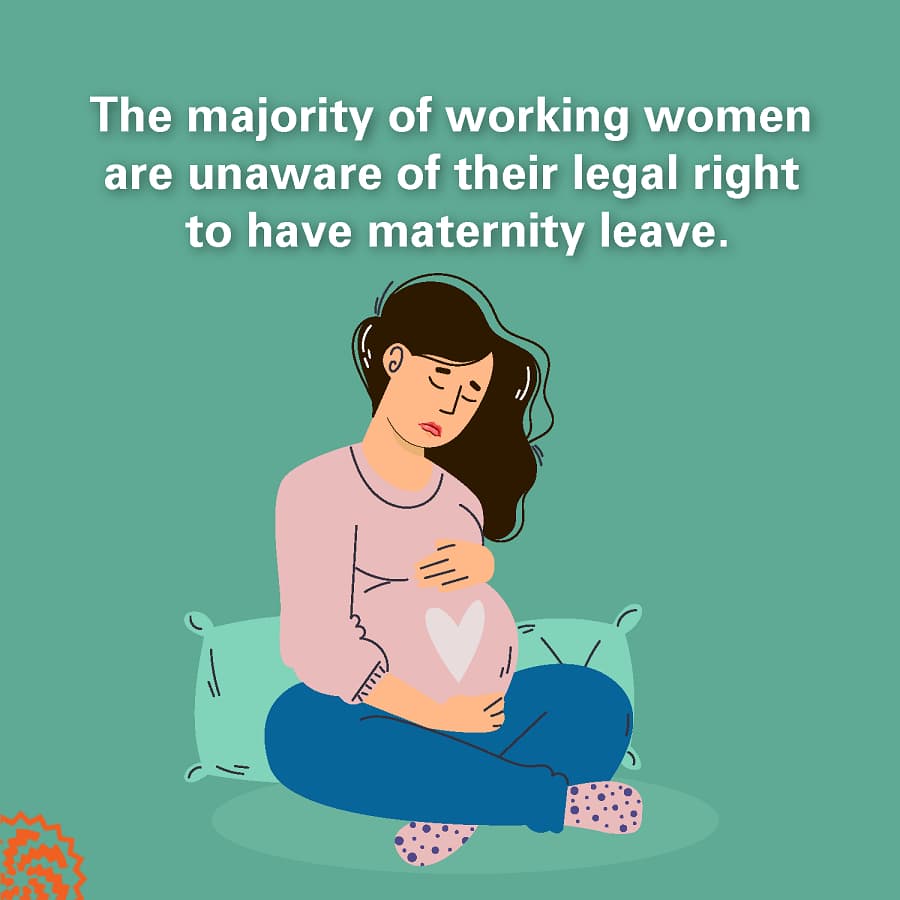 When she asked the college administration to let her work from home because students, too, were not attending classes in person due to Covid-19 restrictions, she was told that she could not do that. As a special favor, though, she was allowed to extend her maternity leave by a week. When she showed her inability to join work after that additional leave, she was given a stark choice: either to show up at work immediately or take unpaid leaves.

Dr Zaira Naureen’s experience shows that some government institutions, too, have vague policies about maternity leave. In 2019, she was working as a postgraduate trainee at Lahore’s Ganga Ram Hospital when she gave birth to her first child. She availed her three-month long paid maternity leave in the months of August, September and October that year.

When she resumed her training, though, she was informed that her contract obliged her to complete a certain number of work hours before she could graduate. Since she had missed several hundred work hours due to her maternity leave, she was told that she would have to spend three more months in training – that too, without getting paid -- otherwise she would not be allowed to graduate. Practically, she was being denied the paid leave she had already availed. “If I had known all this beforehand, I would not have stayed at home for all those three months.”

Law of the land

A part of Article 37 of Pakistan’s constitution states that provisions will be made “for ensuring maternity benefits for women in employment”. In Punjab, these provisions are made through the Punjab Maternity Benefit Ordinance enacted in 1958.

The ordinance provides that a woman worker will not be given any work during six weeks following the date on which she delivers a child. Similarly, an employed woman will not be asked to do any work of arduous nature during six weeks before she is expected to give birth. More specifically, the ordinance says that an employer will pay maternity benefits, including paid leave, spanning over 12 weeks to a pregnant employee. It also declares it unlawful to sack a pregnant woman and to terminate her services while she is availing her maternity leave.

These provisions, however, exist more in breach than in practice. Consequently, according to a report published by the World Bank, the lack of gender-sensitive policies in employment is hurting Pakistani women’s participation in economic activities. Employment Trends, a report prepared by the Federal Bureau of Statistics four years ago, indeed, showed that women’s share in the labor force declined from 25 percent to 22.8 percent between 2014 and 2018. The Asian Development Bank, similarly, reveals that just one out of every four university educated women enters workforce in Pakistan. 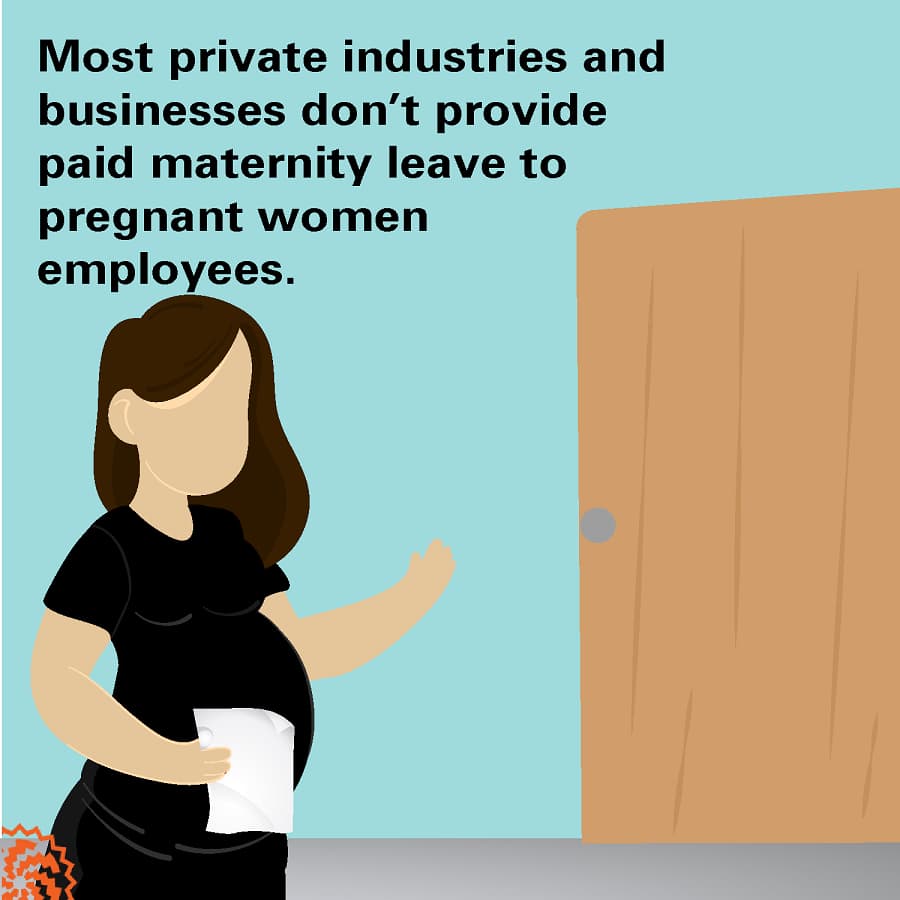 The World Bank, therefore, suggests that the government take effective measures -- such as paid maternity leave and security against dismissal during pregnancy -- to encourage the participation of women in workforce. The biggest problem in implementing such measures is that Pakistan’s labor laws do not cover the agriculture and services sectors which together account for 72.74 per cent of Pakistan’s gross domestic product (GDP). While almost no woman working in the agriculture sector gets a job contract, those employed in the services sector have contracts which do not have specific provisions for such benefits as maternity leave – as is evident from the cases of two information technology workers cited above.

Nida Usman Chaudhary, a Lahore-based lawyer and women’s rights activist, says the reason why women employed in the services sector do not get maternity leave is that the legal definition of a working woman is not comprehensive. According to her, the law deems only those women as workers who are employed in or by factories. “Since this definition is very narrow, it fails to provide legal cover to women working in such sectors as education, healthcare, information technology etc,” she says.

In order to rectify this problem, Chaudhary’s Lahore-based organization, Women in Law Initiative, has prepared a draft law to introduce amendments in the Punjab Maternity Benefits Ordinance. The draft seeks to expand the definition of a worker in order to increase the scope of maternity leave so that all women employees in every sector of the economy could avail it. It also proposes to increase the duration of maternity leave to 24 weeks and suggests that paid leaves must also be given to women who suffer miscarriages and give stillbirths. “These maternity-related medical conditions are not covered by the existing law,” she says.

Nasreen Bibi lives in southern Lahore’s mainly Christian neighborhood, Youhanabad. Around five years ago, she was two-month pregnant when she started working as a nurse at a private clinic. As her pregnancy progressed, she alleges, the owner of the clinic laid her off. She has been unemployed since then.

Safia Nazir, a 30-year-old garment factory worker living in the same locality, has had to quit three jobs in a matter of a few years for the same reason. She has four children and says that she had to leave her job every time she became pregnant. She does not even know that a law gives her the right to get three-month paid leave to give birth.

Jalvat Ali, a program manager at the Labor Education Foundation, a non-governmental institution working for the rights of industrial laborers, says that almost all the women working in factories are illiterate and unaware of their legal rights – just like Nazir. “That is why they are exploited more often than not,” she says. “They are either laid off when they get pregnant or are asked to take unpaid leave and resume their work after they are through with their maternity,” she adds. 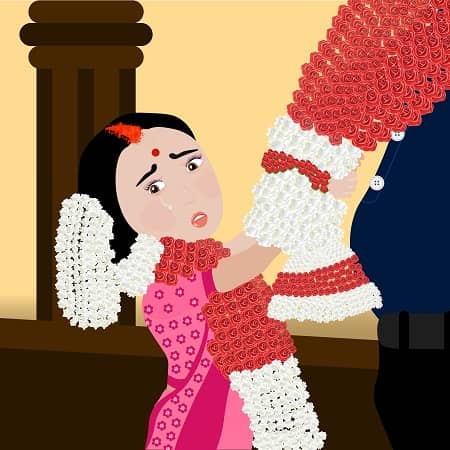 Even afterward, the new mothers are never welcomed at their workplaces, says Ali. “Their employers never facilitate them by giving them relatively easier assignments or deploying them in shifts convenient for them,” she says. Many of them, consequently, struggle to take care of their newborns since hardly any workplace provides a daycare facility where they can leave their children without having to be constantly worried about them. “When they cannot find a way to raise their children and continue their job simultaneously, they have to quit working,” she says.

Daud Abdullah, a director working at the Lahore headquarters of the Punjab Labour and Human Resource Department, on the other hand, claims the government is doing all it can to address the problems faced by pregnant workers. “Our department conducts inspections once every year in all the major private factories,” he says. During these inspections, officials check records, talk to women employees and inspect their working conditions, he says.

He also claims that the 12 lady inspectors working in the department directly deal with complaints regarding maternity leave. But he cannot provide the number of such complaints because, according to him, the department does not maintain their proper database.

He also blames women workers for their dismal working conditions because, he says, they are generally reluctant to file complaints even when they have been wronged. “It is their responsibility to raise the matter if they want justice otherwise there is no way for the department to know if their legal rights are being violated.”