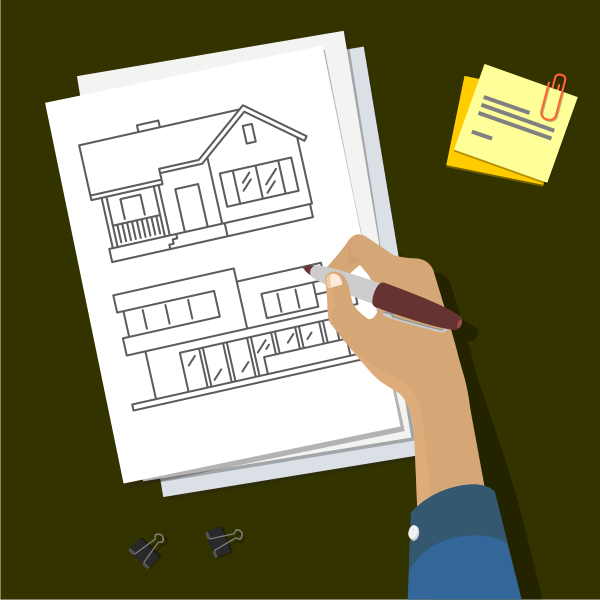 An executive board meeting of the International Center for Chemical and Biological Sciences (ICCBS), a research institution at the Karachi University, was convened on July 13th, 2012 to discuss something totally unrelated to scientific research: investment in real estate.

The minutes of the meeting show that one of its 14 agenda items was a discussion on the “self-generated” income of the center and the “market value of its investment in real estate”. The participants of the meeting were, subsequently, given a list of 35 properties purchased by it between 2003 and 2011 with 263 million rupees. These included seven houses in different phases of DHA Karachi, one house in DHA Islamabad and 27 houses in different parts of DHA Lahore.

Dr Majid Mumtaz, who retired as the head of Karachi University’s chemistry department in February 2019, was representing the university’s syndicate in the meeting. It had nine other participants -- including Karachi University’s then vice-chancellor Dr Muhammad Qaiser (who was also the chairman of the executive board at that time), Dr Atta ur Rahman, patron in chief of the center and the founding chairman of the Higher Education Commission (HEC), and the center’s director Dr Iqbal Chaudhary.

Mumtaz recalls how, during the meeting, he expressed reservations over the large scale purchase of properties by the center. He remembers that some other participants also showed similar concerns about it. But, he says, they were informed that all decisions in this regard were taken after the input and clearance of relevant authorities though “it was not specified who those authorities were”.

Chaudhary, according to him, also told them that investment in real estate was the easiest and surest way to generate the income required for running the center.

Dr Kausar Abdullah Malik, another attendee of the meeting, says something similar. A microbiologist and educationist based in Lahore, he says: “All we were told is that these properties were purchased to generate income for the center so that it could carry out its research activities without any financial hurdles.” Since, according to him, no member of the executive board had any understanding of law in this regard, “we never discussed whether those investments were legal”.

Dr Anwar Ali Siddiqui, who was then working as associate dean of research at Karachi’s Aga Khan University, attended the executive board meeting as an external member. He confirms that the center’s real estate purchases were taken up not just in the meeting held on July 13th, 2012 but earlier too -- and on multiple occasions. He, however, acknowledges that the questions about their legality were never raised – and addressed – in detail because most members of the board “were scientists who were least interested in discussing commercial investments”.

Their lack of interest in the matter notwithstanding, Karachi University’s syndicate did take note of these investments in its meeting held on June 8th, 2013. It subsequently set up a special committee to investigate if they constituted activities that the International Center for Chemical and Biological Sciences (ICCBS) could not engage in as per the university’s rules and regulations. This committee later stated clearly in its report that any institution operating under the Karachi University’s umbrella was “prohibited from partaking in any commercial or trade activities whatsoever”.

Yet, the syndicate took no action against those responsible for making the investments. Mumtaz explains this inaction by saying that any matter deemed controversial by the syndicate ultimately lands in front of the vice chancellor who has the final authority to decide what to do about it. In this particular case, he says, “the syndicated referred the matter back to the executive board which, in turn, sent it to the vice-chancellor who decided to do nothing about it”. 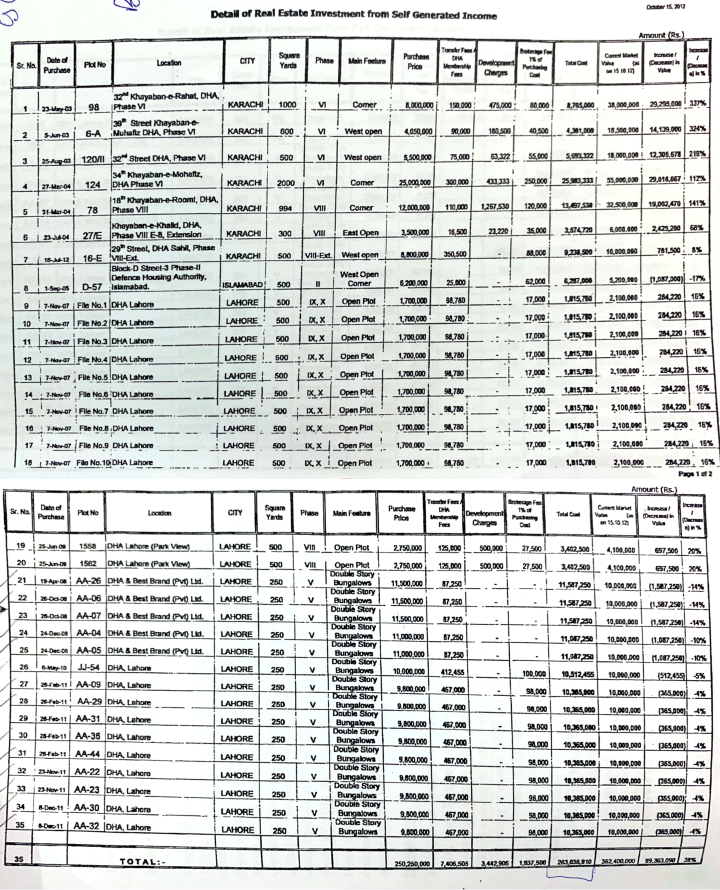 Some of these details came to light when Syed Ejaz Ahmed Soofi -- who retired as chief librarian in 2010 from the Husein Ebrahim Jamal (HEJ) Research Institute which is a part of the International Center for Chemical and Biological Sciences (ICCBS) -- filed a complaint at the National Accountability Bureau (NAB) on August 22nd, 2016. He alleged in his complaint that Chaudhary had misused public money for purchasing properties – and that too without the approval of relevant authorities. He, therefore, asked NAB to look into his alleged corruption, abuse of power and financial embezzlement valued at more than 10 billion rupees.

Access to Scientific Instrumentation Program was launched by the Higher Education Commission (HEC) in October 2003. Its objective was to give money to universities and research organizations in lieu of letting students of other higher education institutions to use their laboratories and equipment for conducting scientific research.

The program was tailor-made for HEJ because it has some of the best equipped scientific laboratories available in Pakistan. An HEC report released in 2005 confirms this. It says that 699 out of 999 beneficiaries of the program had used HEJ’s facilities till then.

This, obviously, was not the only amount paid to HEJ under the Access to Scientific Instrumentation Program. As the program has continued since then – with a minor break in 2018-2021 -- HEJ has received a large part of the 404.889 million rupees that HEC has disbursed under it over the last 20 years or so.

Consequently, HEJ became so flush with money that, according to its annual expenditure report published in 2012, it purchased properties worth 23.439 million rupees in DHA Lahore. It also spent 2.127 million rupees and 665,000 rupees respectively on the maintenance of those properties and for the furnishing of a guest house in Lahore.

The most puzzling part of these transaction, though, is that HEJ’s financial records – or its audit reports -- do not show that it received any money under the Access to Scientific Instrumentation Program.

HEC’S Chairman Dr Tariq Banuri is miffed by this opaqueness which, according to him, “leads to wastage or corruption, or both”. He complains that the program did not have a proper monitoring system to ensure that public money was used properly and for the intended purposes. On the contrary, he says, “HEC seems to have studiously avoided any attempt to undertake a proper scrutiny of whether the services [required under the program] were actually delivered, whether those services were valuable, whether the users actually needed them, whether there were any superior alternatives and whether the money was deposited in the proper accounts.”

He, in fact, has opposed the program since taking the charge of his office in 2018. “It favors a particular institution for reasons that may not need elaboration,” he says, giving another reason for his opposition.

In 2021, he was removed by HEC’s board of directors from his post but he regained it through the intervention of higher courts earlier this year. “Unfortunately, the program was resumed in 2021 during my enforced absence – again, for reasons that may not need elaborating,” he says.

HEJ channeled most – if not all – of the money it received under the Access to Scientific Instrumentation Program into real estate, alleged Soofi in his complaint to NAB. He also pointed out that the same HEJ account that received money from HEC was used for purchasing and maintaining properties.

He then made a startling allegation: These properties were not registered under HEJ’s name. Their registered owners, instead, were Chaudhry and his friends and associates, he alleged. 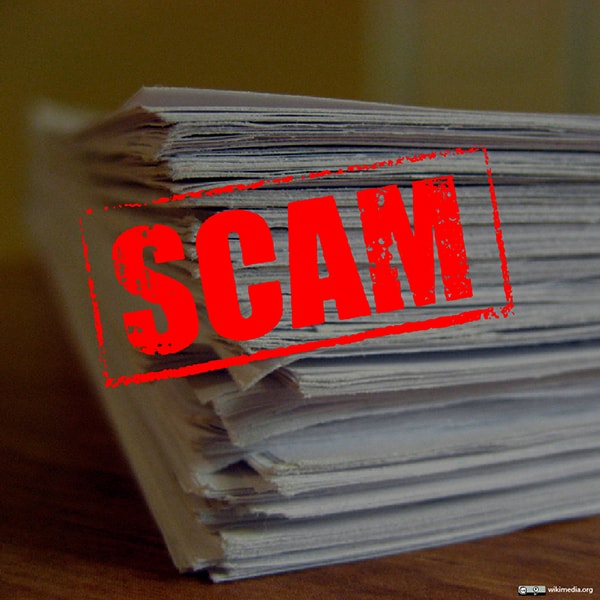 A journal full of lies and deception: The shaky foundations of Bentham Science's phenomenal success

An investigation carried out by Lok Sujag about the ownership of some of those properties – particularly the ones situated in DHA Homes Lahore – seems to confirm his allegations. It shows that they are all owned either by individuals working with the Karachi University or by their relatives and friends.

Electricity bills of some of these properties are also in the names of certain members of the executive board of the International Center for Chemical and Biological Sciences (ICCBS). The bills of remaining properties carry the names of DHA’s secretary because, according to sources in DHA, their possession has not been transferred to their owners.

When Dr Anwer Ali Siddiqui and Dr Kausar Abdullah Malik are given these details, their reaction is of utter surprise. They say the executive board meeting they attended in July 2012 was not told that these properties were registered under the names of any individuals. “We were never informed who actually owned them,” says Siddiqui. Malik also observes that, if the properties are registered under the names of individuals, then this “surpasses all legality”.