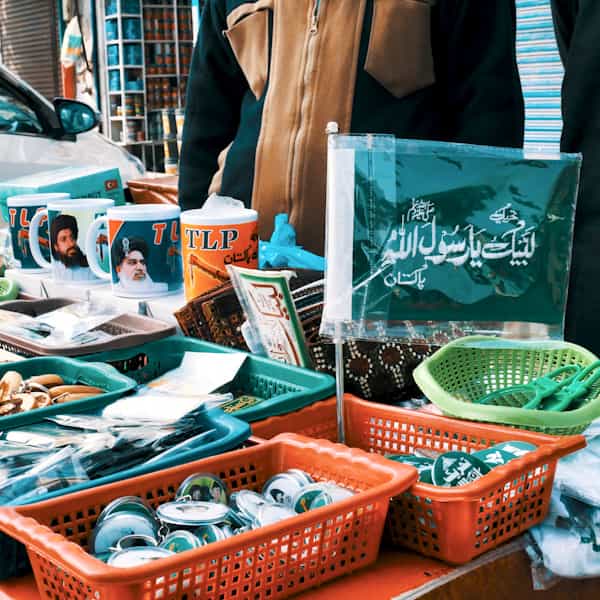 Sometime ago, the district administration in Sialkot received a complaint against a government school teacher in the Chak Chauhdo village, saying he belonged to the Ahmadi faith and was attempting to convert Muslim children to his faith.

The complaint was filed by some young men from the village. On receiving it, the authorities called the teacher to the local deputy commissioner’s office to probe the matter. Finding the complaint was based on spurious claims and information, they turned it down.

Soon after, a youth from among the accusers started criticising the army in his social media posts. This led to the arrival of law enforcement officials in the Chak Chaudho village to probe the matter. However, local community elders interceded on behalf of the youth and the matter was hushed up following guarantees and promises on his behalf that he would not repeat the mistake again.

The villagers said that some years ago, the youth had gone to Rawalpindi in search of employment and upon his return, they found him holding fairly conservative views. “Soon we found out that the youth had become an active member of the Tehreek Labbaik Pakistan (TLP),” a villager from Chak Chaudho told Loksujag.

Raheel Amjad Butt, a close relative of the said youth and a resident of the same village, is among the prime suspects accused of the lynching of Sri Lankan general manager of Rajco Industries on December 3, 2021.

The locals believe that though Raheel was not an active TLP member; he, however, was deeply influenced by the religious views of his young relative.

Besides, villagers of the nearby Chak Balu also admit that young men in many of the villages in the vicinity of  Rajco Industries were influenced by the views of the TLP. Speaking of Ahmed Shahzad and Hasnain Ali, two of the prime suspects in the lynching incident from village Chak Balu, they said that TLP had some part to play in this incident as the mob was chanting the same slogans as TLP followers do in its gatherings.

Growing support for the TLP

The TLP emerged as a religious political party in 2015. Its founder Khadim Hussain Rizvi’s only claim to fame were his speeches wherein he used to propagate a hardline stance in a harsh tone. Rizvi also led several violent protests to press for implementation of blasphemy related laws, which resulted into paralysis of daily life in parts of central Punjab and Islamabad for many weeks. 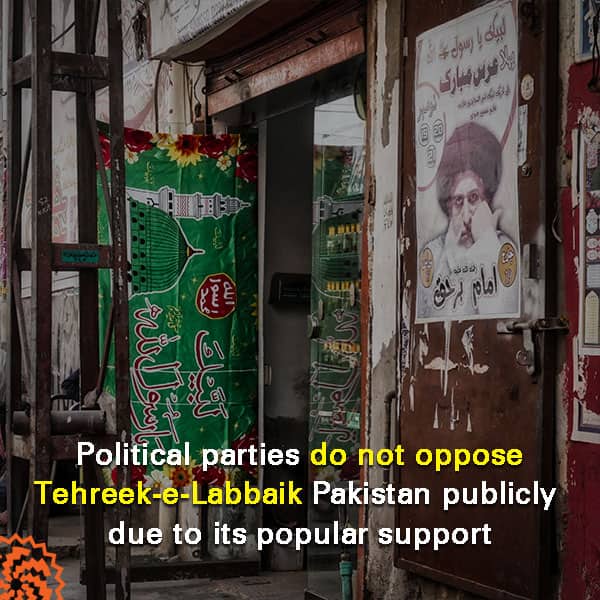 Though the TLP failed to win a seat, its candidates were runners-up in two constituencies including three seats in Karachi.

In addition to this, TLP candidates stood third in 69 constituencies of the lower house, including four out of five NA seats from Sialkot.

TLP polled a total of 95,758 votes from Sialkot, which was 7.6 per cent of total votes polled in the district.

Chaudhry Muhammad Amin, TLP candidate for NA-76, which includes the Rajco Industries and villages in its vicinity, secured 16,748 votes against the 133,664 votes of Paksitan Muslim League (Nawaz) Rana Shamim Ahmed who won in this constituency.

Yasir Hussain, TLP candidate for the Punjab Assembly’s constituency PP-43 including the same areas also stood third by polling 8,683 votes, or 7.3 per cent of overall votes cast in the constituency.

The strength of violent groups

Requesting anonymity, a politician from Sialkot admitted that the number of TLP workers and sympathizers in his constituency had multiplied many fold in most of the villages of the district.

He said that TLP supporters had grown to such an extent in every area that both the government or political parties could not openly oppose their views.

Regarding the TLP political muscle, he said that several policemen were killed in a violent protest the party  called on October, 22, 2021, disrupting routine life in many areas of central Punjab.

He said that despite this, the government vacillated in indecision when it came to taking a concrete action against the party.

"Instead of suppressing the protest, it entered into an agreement with the party, which resulted in release of TLP chief Saad Hassan Rizvi and many other detained workers," he said.

The TLP chief and party activists were behind bars on several charges including terrorism.

Some eight months ago, the federal interior ministry had banned the TLP from any political or other activity. However, the ban was lifted after its most recent protest, allowing the party leader and activists to continue their activities without any hindrance.

The politician blames the government for this situation. “The government failed to take action against those groups and individuals engaging in violent activities in the name of religion, which has emboldened them,” he said. 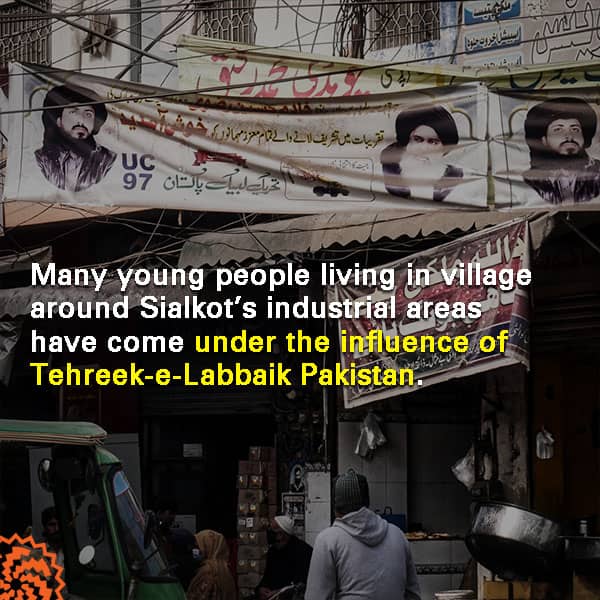 Syed Abdul Waheed Bukhari, a Sialkot based lawyer and former additional advocate general Punjab, said that the government surrender before the TLP led to the lynching of Priyantha Kumara.

“When there is no rule of law in a country and the blood of a country's defenders has no value, then ultimately mobs decide the future of such a country,” Bukhari said.

Bukhari regretted the release of TLP workers who murdered policemen in Wazirabad city about three months ago.

He also voiced concern about some major party leaders meeting the TLP chief Saad Hussain Rizvi and presenting him bouquets on his release.

Bukhari said that this administrative and political weakness stemmed from liberal use of doctrine of necessity, wherein compromises are often made over principals and laws are neglected.

TLP Silakot chief Professor Yasir Qadiri denies any direct and indirect role of his party in the lynching of Priynatha Kumara.

He said that investigations carried out thus far offer no such clue.

Qadiri said that Priyantha Kumara was killed over some internal issue in the factory. Besides, he added that it was made into a religious issue by bringing the slain man's body to the road and attempts were made to link it to his political party which, he said, ws currently the most popular religious party.