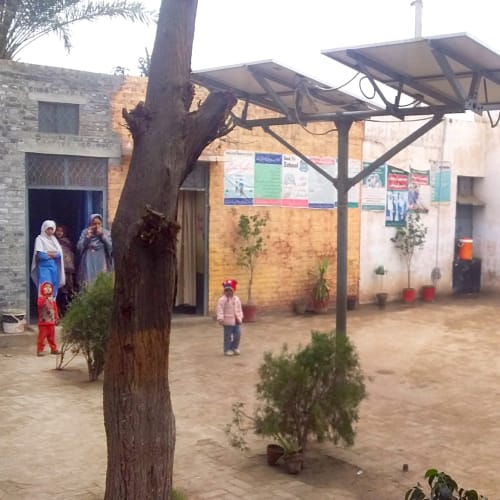 A spate of thefts robbing more than 200 government schools of solar power units has left thousands of school-going children without access to electricity in the Punjab province.

Here at the primary school in Multan's Sultan Pur village, a solar electricity system has been lying dysfunctional for the past more than two and a half years. The school’s headmaster Muhammad Azhar said the system was installed in August 2019 but one of the solar plates broke down at the time of installation. Azhar said that the company that installed the system did not replace the broken plate despite repeated complaints.

However, there is more to the school's lack of electricity than a broken plate rendering the solar power system dysfunctional.

Azhar said that on the evening of September 2, 2019, he received information that a thief had managed to break into the school, taking away the power inverter which converted solar energy into electricity, and the batteries that stored it. Both gadgets cost about Rs 250,000.

He rushed to school after receiving the theft alert and reported the matter to the local police station. It registered a first information report (FIR) of the incident on September 6.

Azhar also provided the police with CCTV footage and stills from the school, showing the thief in the act of stealing the items. However, he said, the police did not take any action despite concrete evidence.

Regretting the incident, he blamed negligence on part of the government and education authorities for the incident. "There was no guard deputed at the school to protect the expensive solar system," he said.

Another school robbed, and another

On the day the thieves broke into the Sultan pur school, a similar robbery happened at another school in Beri Wala, also a locality in Multan. Thieves managed to walk away with the inverter and batteries of the solar system installed in a girl’s primary school on September 2, 2019. 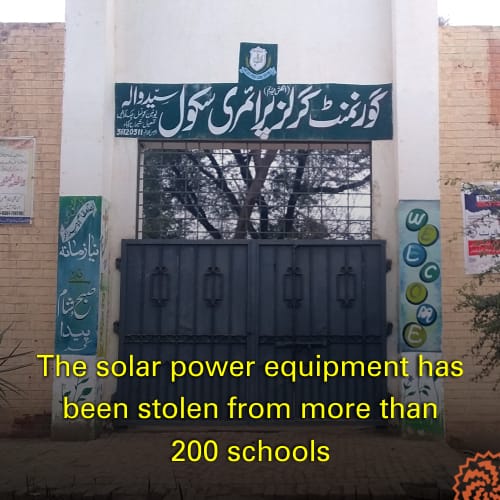 Shumila Hanif, the school headmistress, said that upon reaching her school on that day, she came to know that thieves had stolen the most important parts of the solar system. “The stolen goods were worth over Rs 150,000,” she said.

Asad Mansoor Qaiserani, Project Director of the Government Schools Solarization Programme, is aware of the problem. In a letter to the Punjab's energy department in May 2020, Qaiserani informed the authorities about 150 such thefts at schools across the province. Such incidents, he wrote, were on the rise with each passing day.

Qaiserani also asked the department to investigate these incidents together with the provincial home department to recover the stolen good and make the solar systems functional at schools.

Who guards the solar units?

Headmistress Shumila Hanif said that thefts from her school were a common occurrence. She said that many times they had found locks on the school's gate, rooms and cupboards broken. Besides, thieves have also stolen their school furniture and electric motor.

Several incidents of thefts have also taken place at the Government Girls' School at Syedawala village in Multan’s Shujaabad tehsil. The school staff has removed ceiling fans and other electric appliances not required in winters to keep them at a safe place. The school’s headmistress, Irum Shahid, said that they also feared losing the school’s solar system to thieves. She said that there was no guard available at the school to protect it against thieves.

"The last guard at the school retired some months after the installation of the solar power system," said Shahid. "A new guard has not yet been appointed in his place yet."

Ironically, the Punjab government underscored the need for school guards when the school solarization programme was launched as part of the Khadim-e-Punjab Ujala Scheme in March 2017. The plan envisaged deputing guards at schools to protect the equipment. 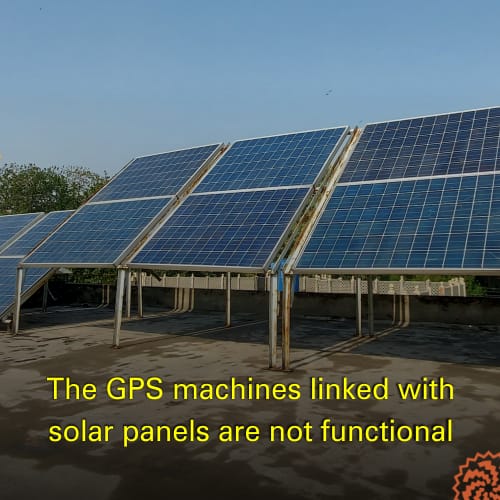 Responding to a request from the Punjab School Education Department, the provincial finance department green-signaled appointment of 17669 guards across the Punjab in April 2007. However, the government has failed to make appointments on these vacancies so far.

Additional Secretary for Planning and Budget at the School Education Department, Qaiser Rashid acknowledged that due to the delay in appointment of guards, solar appliances from at least 200 schools have been stolen.

No funds to guard equipment

However, he said that it was not possible for the department to spare Rs 20,000 per guard for every school after meeting other necessary expenses of the education.

On the other hand, Rashid also seemed skeptical of the utility of the solarization of schools. He said that the Punjab government was spending Rs 700,000 per school on the installation of the system, while the maintenance and other costs were in addition to that.

Rashid said solar power cost the government more than regular electricity as the utility bill of a government school for electricity did not usually exceed Rs 2000 to Rs 4000 a month.

However, Qaiserani was of the view that since solar systems had been installed in thousands of schools, the government needed to put in place mechanisms for its protection.

He said that under the Khadim-e-Punjab Ujala Scheme, the Punjab government planned to provide solar power to 15,061 schools, and 2400 basic health units to the Islamia University in Bahawalpur. 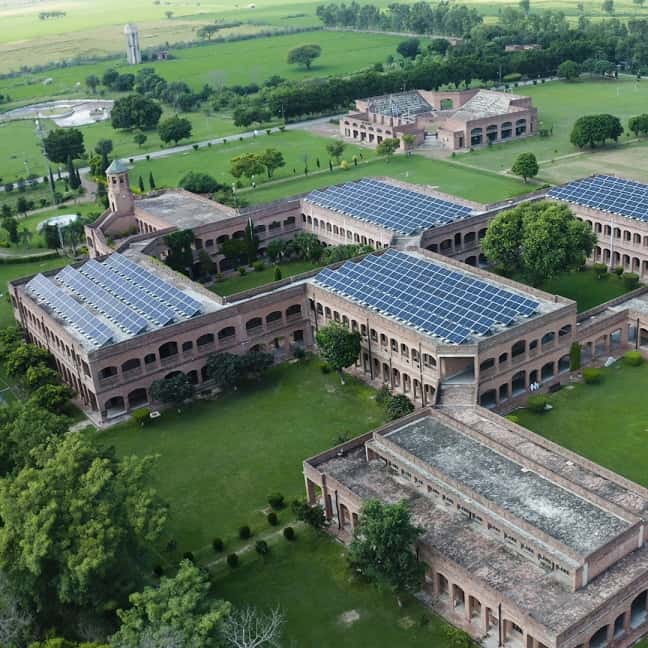 Qaiserani said that in the first phase till June 21, 2021, they had solarized 10750 primary schools in 11 districts of southern Punjab. He said that 3000 of these schools had no electricity before the installation of solar systems.

He said the Asian Development Bank was funding the solarization project and for Punjab, an amount of US$ 87 million had been allocated for the purpose. In his 2020 letter addressed to the Punjab Energy secretary, Qaiserani had voiced concerns that an independent audit of the project carried out by the lender could lead to a negative assessment due to frequent thefts, causing a delay in disbursement or suspension of funds.

Mohammad Azhar, headmaster at the Sultan Pur school, said that the GPS device showing the location of the solar system was not turned on for about two years after the system installation. “If the device was functional, the stolen appliances could have been found,” Azhar said.

Shamshad Begum, headmistress at the Ibrahim Wala primary school in Shujaabad tehsil of Multan, agrees. She said the GPS device was made operational six months after the installation of the solar system at her school.

The GPS device in the solar units is installed to ensure proper alignment of solar plates to access maximum sunlight. However, said Qaiserani, these devices can also help the government officials keep track of the performance of a solar system and its location.

However, he denied claims that installation of GPS devices was delayed in some schools.

He claimed that both the solar system and GPS devices were installed at the same time to ensure proper monitoring of the systems.